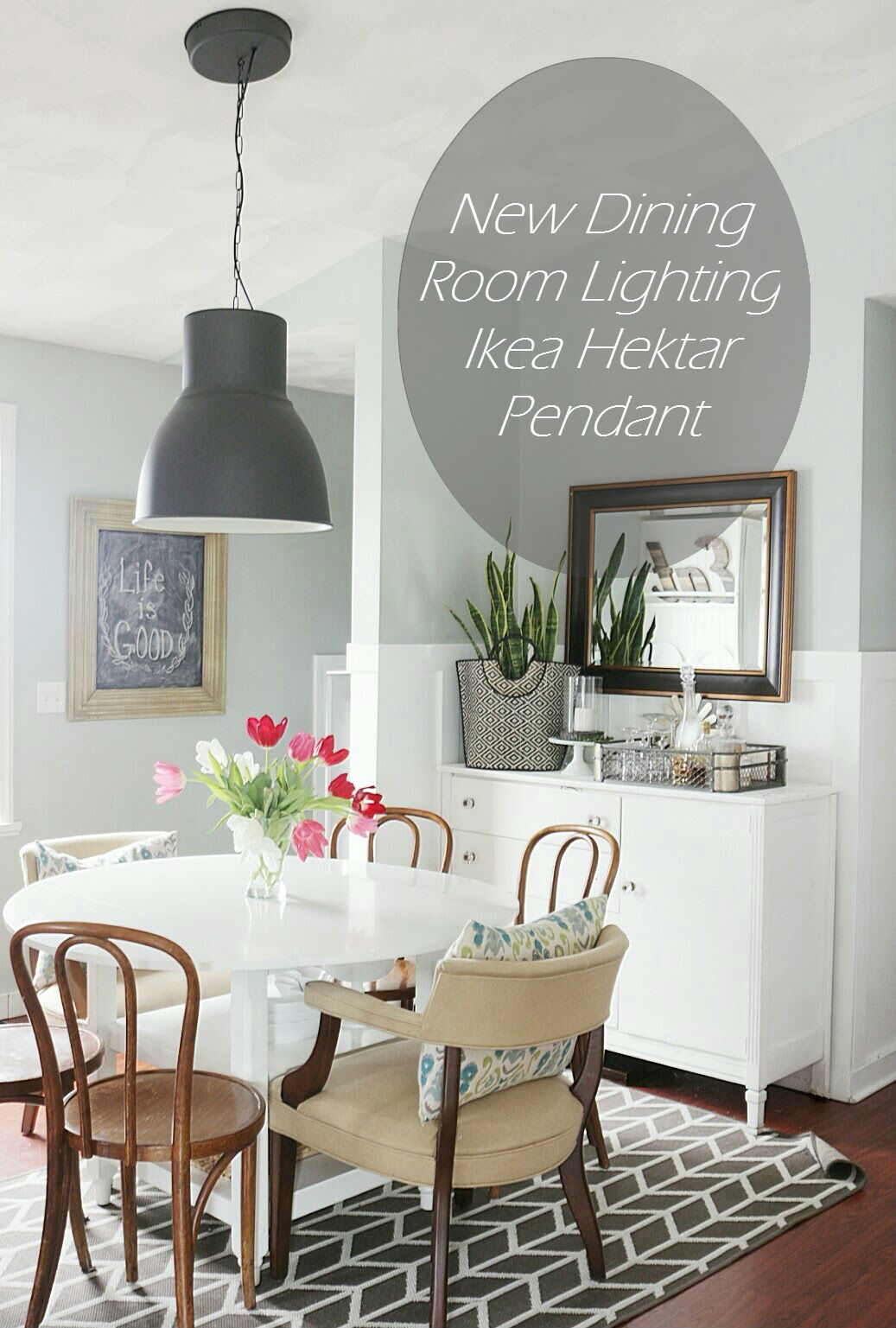 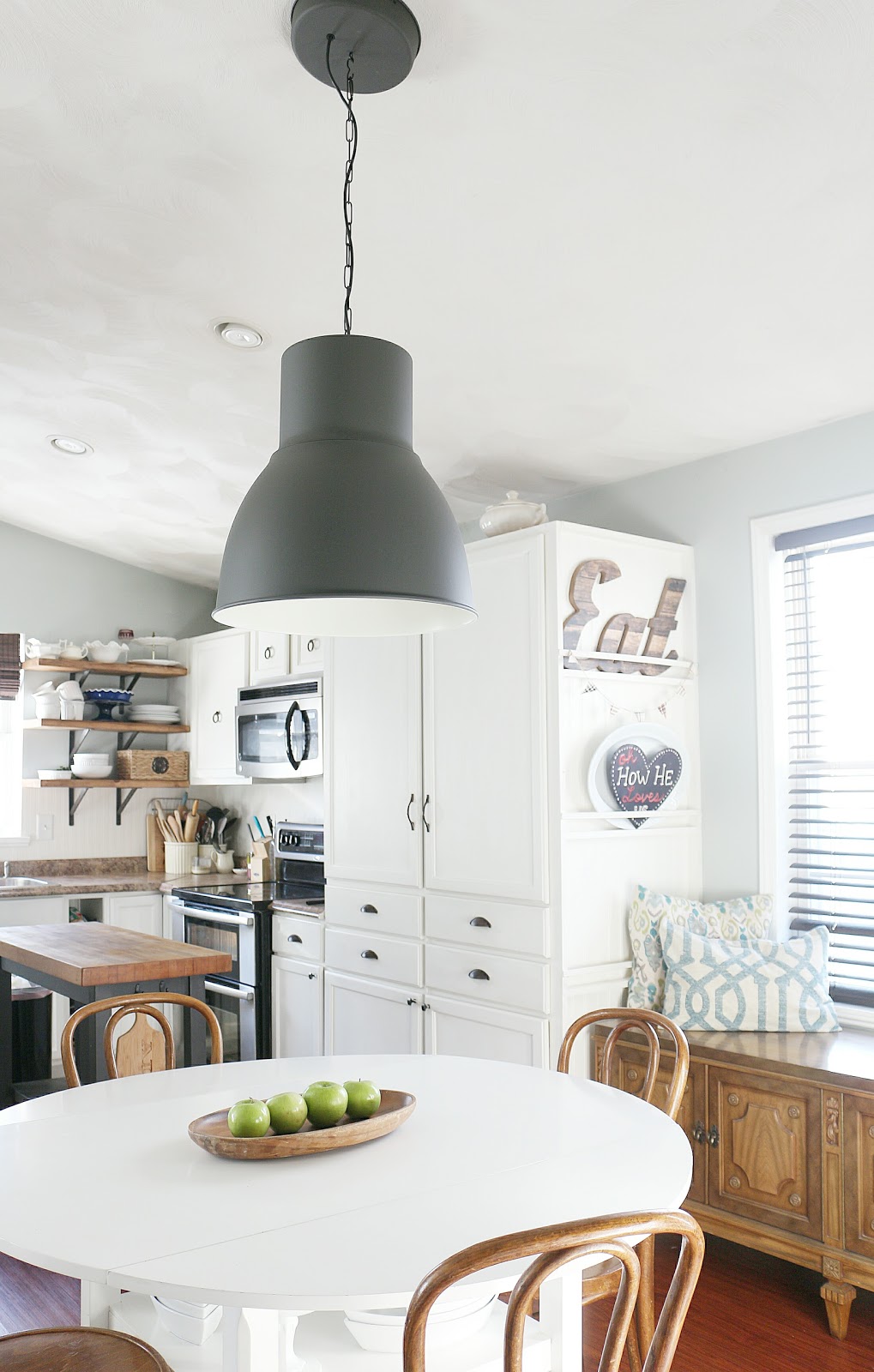 Hey y’all!  This past week, my hubby and I decided to stop by my new favorite store:  Ikea.  I know, I know—you’re probably thinking “Ummmm, where have you been?? ” Well, when we bought our house 10 years ago, we bought a good majority of our furniture from Ikea.  But as we grew, we invested in some more “grown-up” furniture, but something, lately, has really drawn me back.  I mean, they have some really awesome stuff right now!  Hubby and I have been to Ikea (which is an hour away from us), 4 times in the past month!  So today, I wanted to show you the new dining room lighting that I recently installed, with the help of my 15 year old, in like 15 minutes! 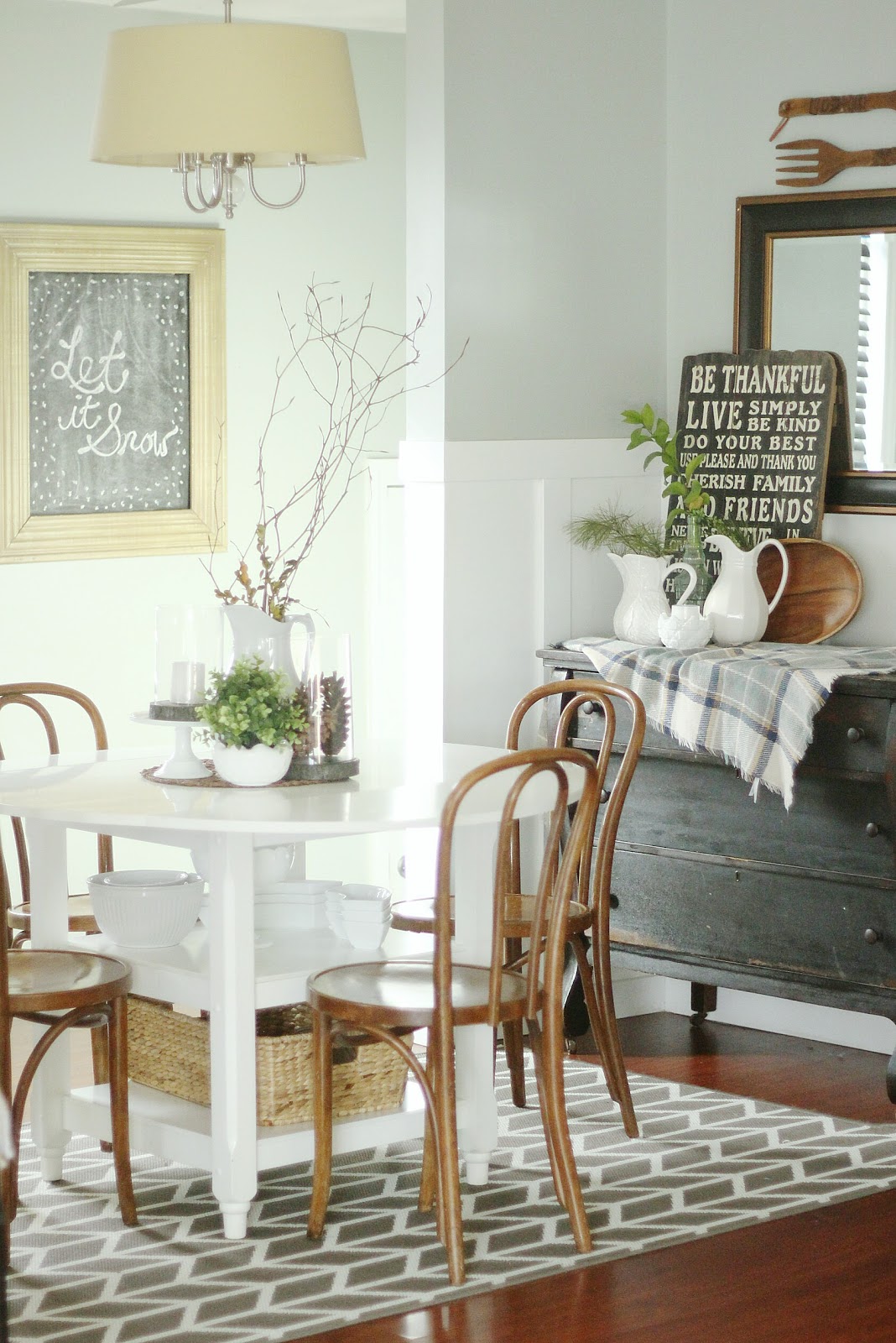 Styles change, it’s no secret, but I get bored, really fast—I’m not proud of it.  But–this drum shade will get a paint job and I’ll use it in my bedroom, which is in need of an update anyway, so it’s a win-win.

It all started with this image (below) that I shared on my Instagram account.  At the time, the image was perfect to me, but strangely, after looking at it over and over again, I became very critical of the space, and I determined that it was the chandelier–it had to go! 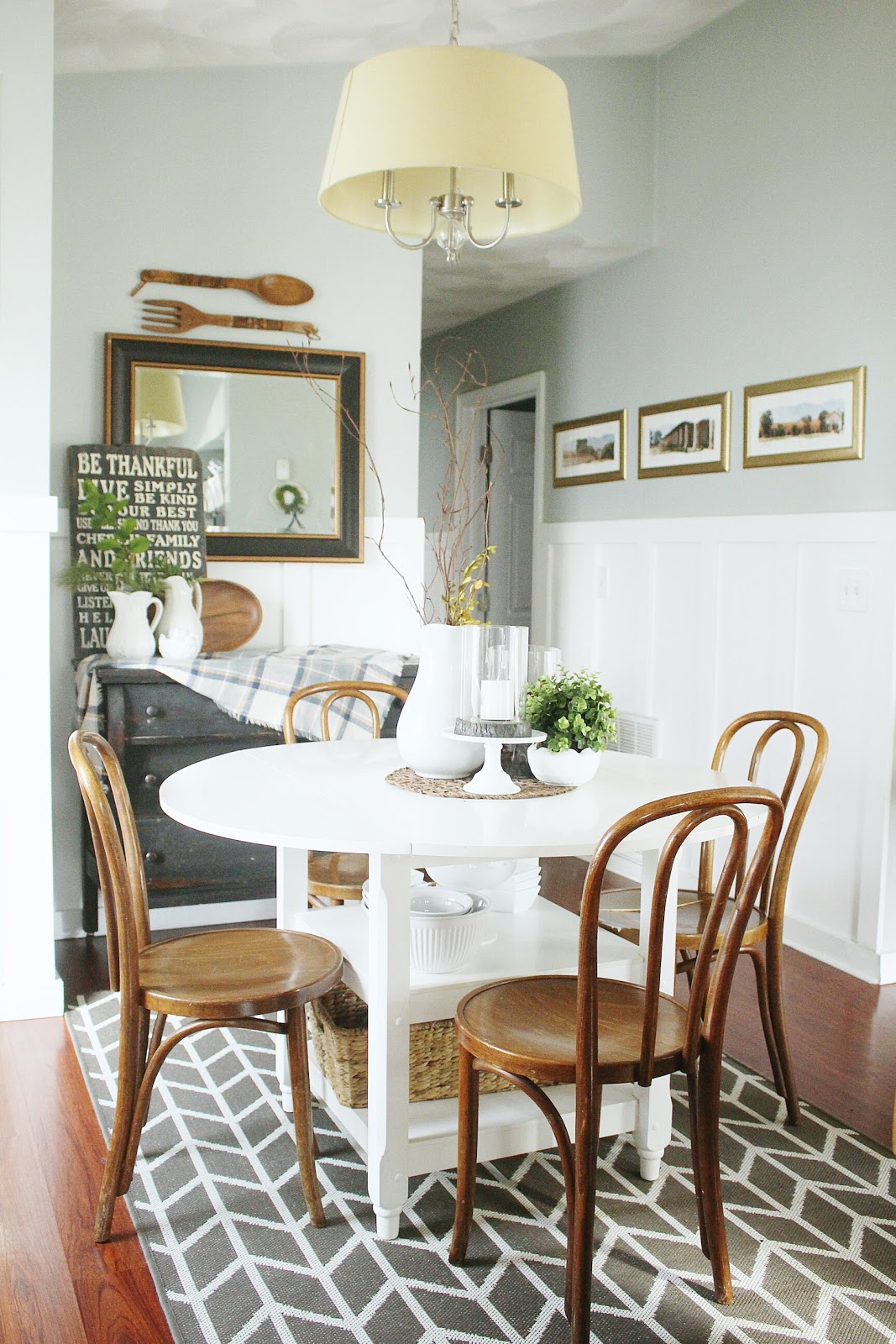 Because I’m so indecisive, I did what any normal person would do, when trying to decide on new decor pieces— I created this image with a mobile photo editing app (photogrid) to get a good visual.  Well, kind-of-good image, then I ran the idea by some of my insta-sistas. 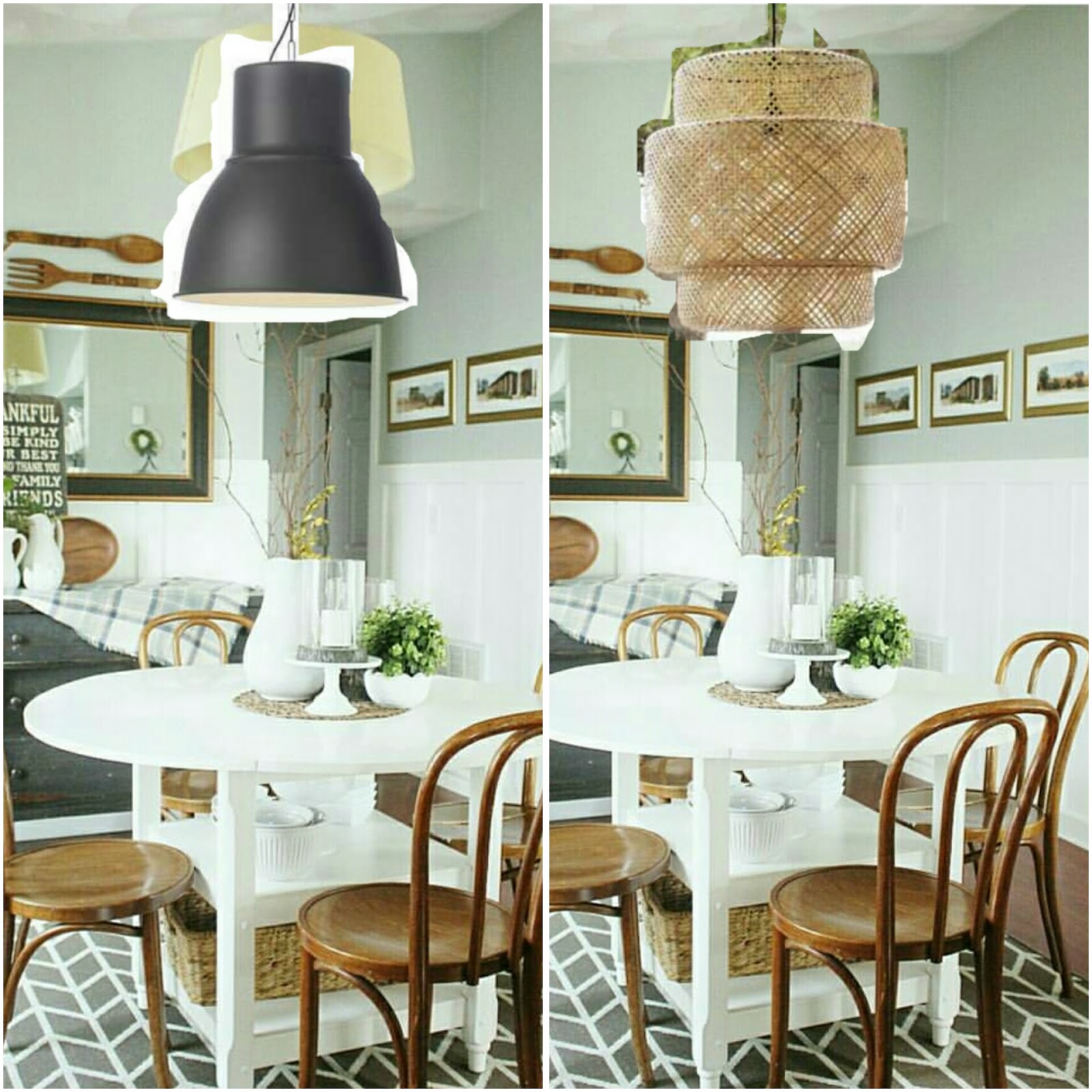 Okay, this is a horrible representation, lol, but I really needed to visualize them in the space.  I loved the light airiness of the rattan fixture, but I think, visually, it would have been very similar to our current chandelier.  I was worried that the black pendant would be to obtrusive, since it is such a small space.

However, we ultimately decided that the black pendant would have more longevity in our home.  Hubby grabbed the ladder, and told me to set it up while he ran to the post office . . . I figured I’d disconnect the chandelier while I waited for him to return, but it was such an easy install that I just went for it!  I let my 15 year old support the lighting as I connected the wires and we had it done in minutes!  (disclaimer:  I have installed lighting in the past, so I am somewhat knowledgeable about doing it, please don’t try it if you are unfamiliar with the process.) 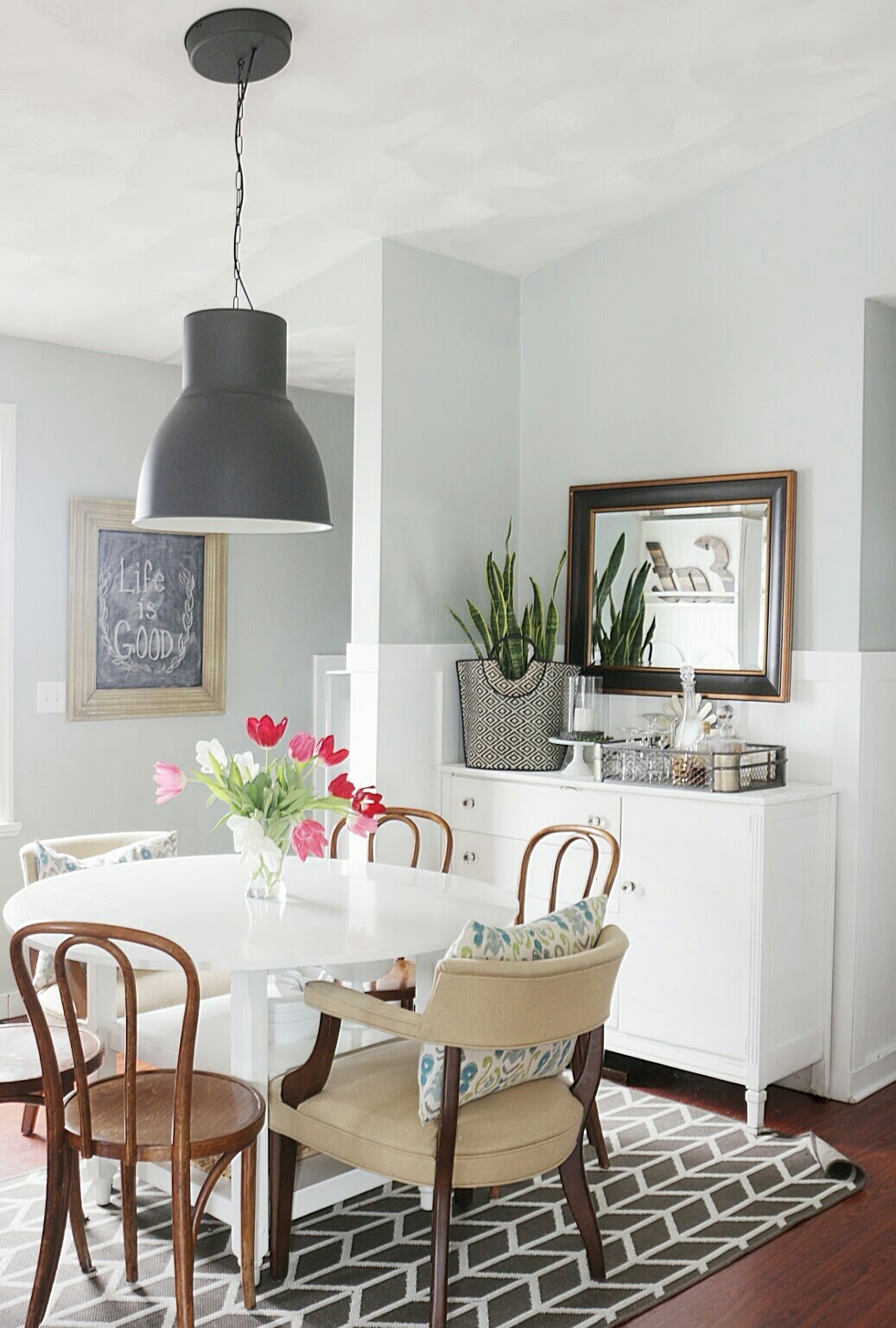 To say I’m in love with it–is an understatement!

I was a little concerned that the black would be too bold, but I think the boldness is exactly what was needed in our space. 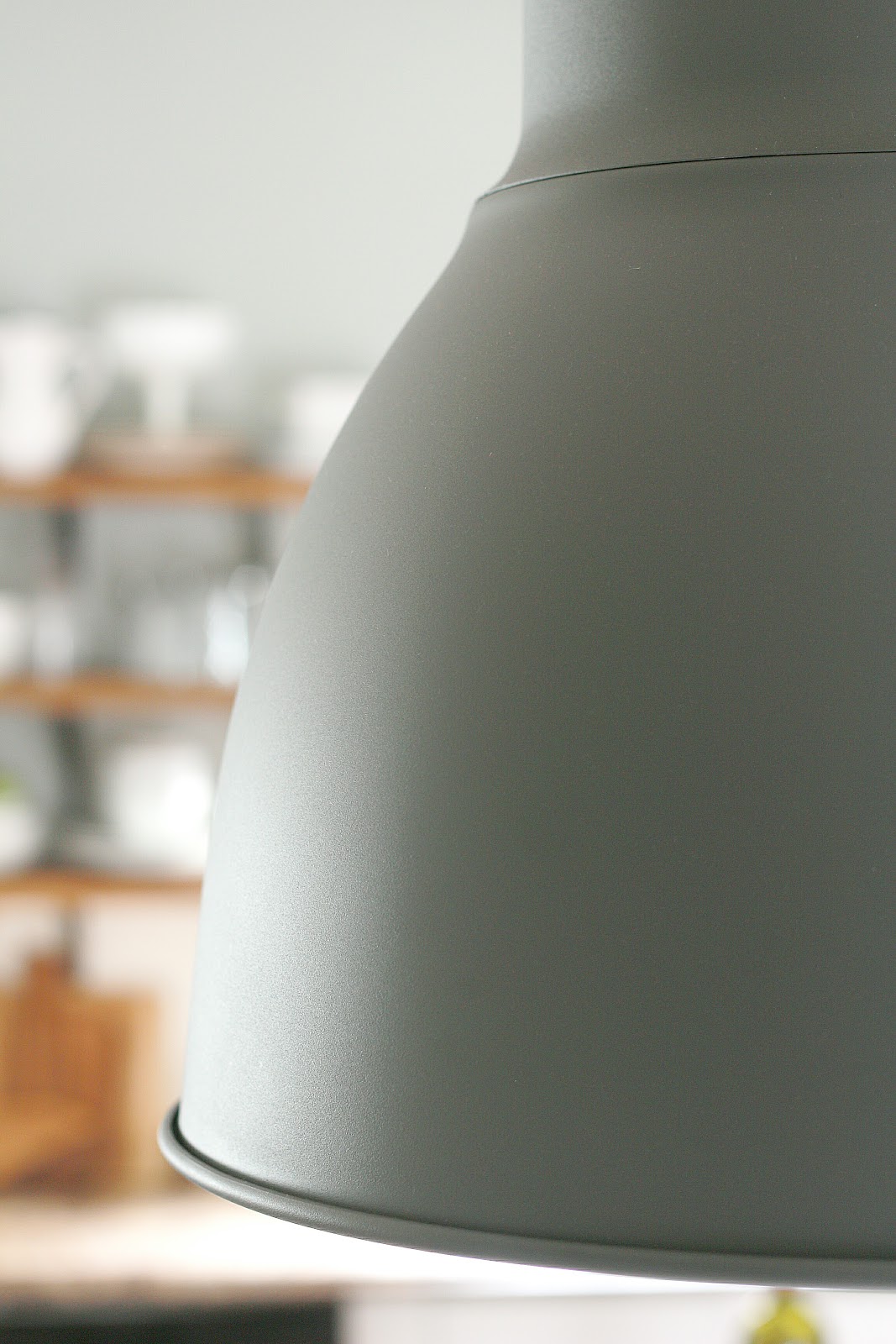 The light that it provides is a very down light, which makes it perfect for dinner time.  It feels more intimate, and helps to ground the table so much more than our other chandelier. 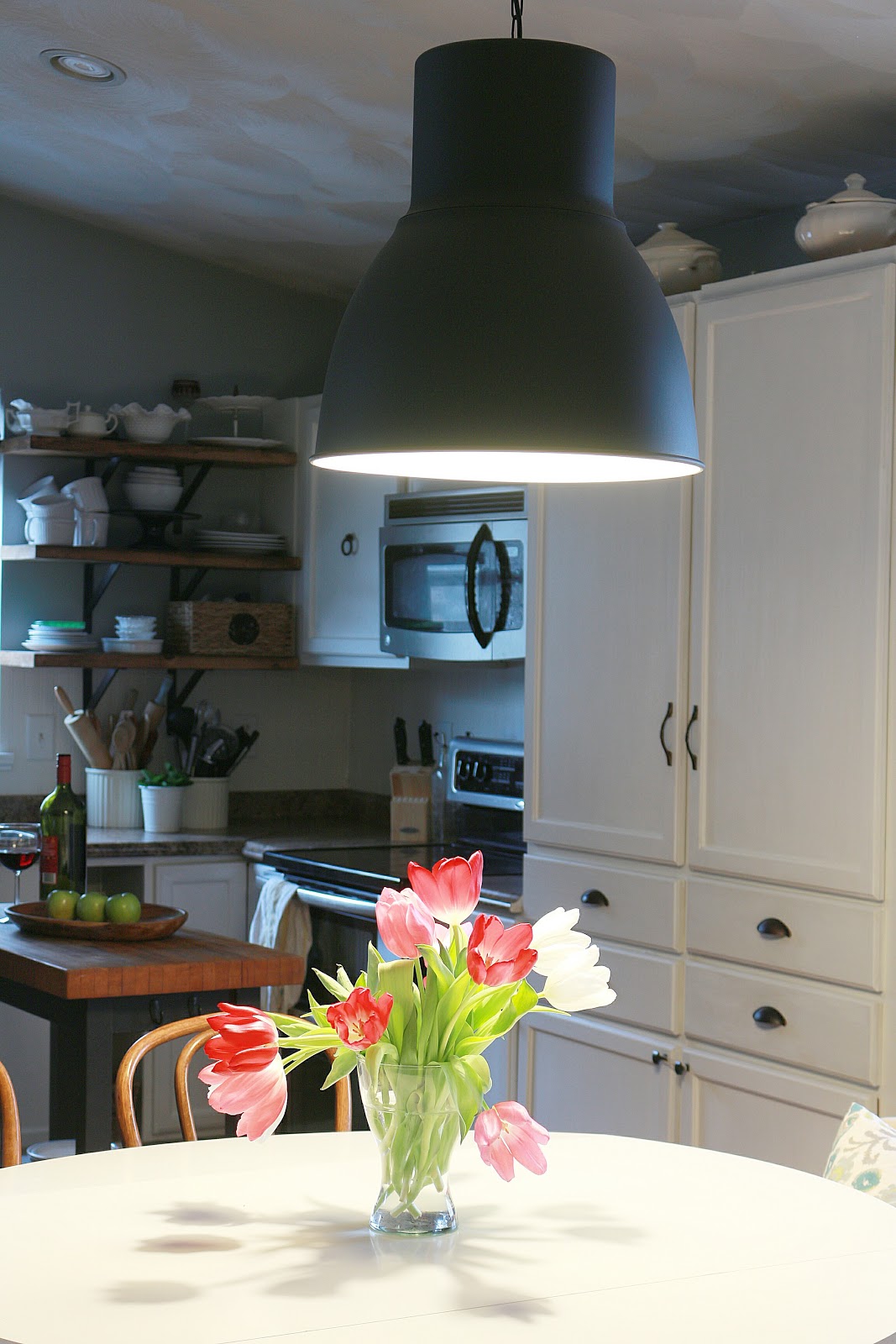 So what do you think?  Which light would you have chosen?

Linking Up with: Flaunt it Friday

Chic On a Shoestring