Hey friends, this post started as notes for an instastory, and quickly turned into a reflective writing piece in response to current events regarding race relations in our country.  I’ve been digging deep lately, evaluating myself, and why I’ve refrained from speaking out publicly about how I feel in the past, and I realized that I needed to address my own experience with race first, and perhaps you do too. 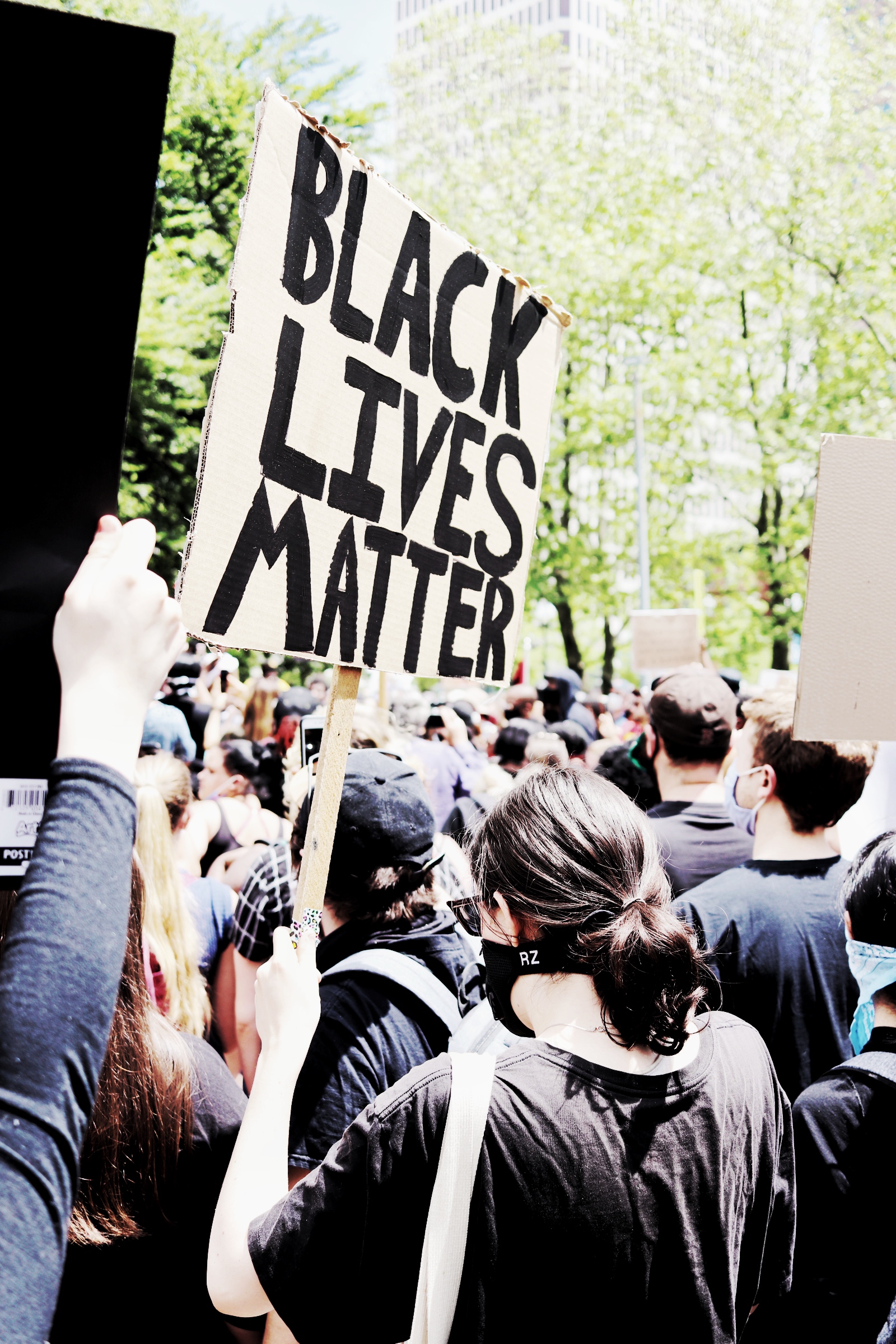 There are so many things that I’m feeling right now, and right now, at this time, I feel the need to talk about them. First of all I want to say thank you for your love and support, comments and shares. This should be a positive space filled with pretty updates of my family and home projects, and I’ve held on to that for a long, long time. But, what I’ve shared with you over the past few days is REAL and authentic, and I want to be as transparent with you, my friends, in the best way that I can—which, to be honest, doesn’t always come easily for me.

5.30.20. . . My heart has felt broken since the murder of #ahmaudarbery, but today, hearing my 11 year old son chant “Black Lives Matter,” shattered me. Couldn’t hold back my tears, couldn’t help but think “How sad that we have to do this?” But . . . WE HAVE TO DO THIS. We have to do something. . . #bewillingtobeuncomfortable #blacklivesmatterrhodeisland #blacklivesmatter #justiceforgeorgefloyd #bethechange #peacefulprotest #nojusticenopeace #rhodeisland #providence

I want you to understand—this isn’t just about me.   I shared how I felt yesterday while at the protest not because I want people to feel sorry for me or for my family. I want you to be engaged, and feel moved to do SOMETHING.

I want to give you a little background on my history with race, and the reason I’m sharing this is to maybe help or encourage you to understand and evaluate your own feelings about race. It doesn’t have to be taboo, to think about or to reflect on your feelings surrounding the topic.  In fact, I’ve found it to be cathartic for me, as I’ve spent the past few days with my emotions festering inside.

Anyway, here goes:  I was born in Boston, but my family moved out of the city when I was 11 months old. We moved to a small predominantly white town, south of Boston, where I’m pretty sure we were 1 of maybe 2 black families at the time. It wasn’t until I started school, at a mere 5 years old that I experienced my first brush with racism.  I remember distinctly being called a Nigger while playing on the playground, right off the bat from the young mouth of a little white boy. 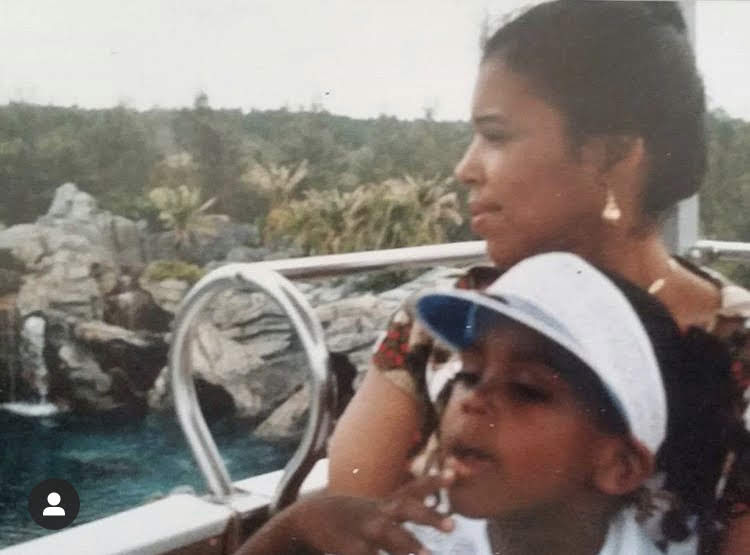 I didn’t know what the word meant, but I knew it was bad, however, being in a predominantly white town, you learn to brush that kind of stuff off. I never remember feeling uncomfortable around my teachers and I made friends quite easily. And then it happened again, a few years later, I was taking a different bus to get to my dance class one afternoon.  I could feel that there were eyes on me, I looked over at a boy, and he hatefully spewed “you’re a nigger.” This time not only was I old enough to know it was bad, but I was hurt. I got off the bus, shaking, and told my dance teacher, who then told my mom. I was afraid to tell my mom, because although it was never said, I feel that it was sort of ingrained in us to keep our heads down, and not to ruffle any feathers in town. When I got home, my mom looked at me and said, “Are you sure he called you that?” maybe thinking I was making it up—and this is pretty much where the incident and conversation ended.

I recently had the revelation that my mother, a beautiful Cape Verdean American woman, lives a different experience as a Black woman than me.  Not a better experience, as she’s lived through the 60’s and has had issues being accepted by either race (black or white), but just different.  (This is something that is typically up for debate, but I believe this with all my heart).  She is fairer, her hair is fine, her nose is thin.  Her features are more favorable in our society and more accepted than my darker skin, thicker hair and broader nose(Google “Colorism”).  To a white person, I’m sure this sounds ridiculous, but there’s actually research to back this up.

Years went by and people became used to us in the town, my older sister, brother and I. I made amazing friends, but every time there was a birthday party or sleepover, I would feel anxious about how I, the black friend, would be received.

I always felt like I lived between two different worlds—for my family in the city, I’m pretty sure it appeared like we were living the life in our 3 bedroom, 900 sq ft house on a lake in the suburbs, it was a beautiful place to grow up, indeed, but we lived in a small subsection of the town where white people summered and a small percent of lower income families resided year round—compared to a majority of my friends who lived in homes that doubled or tripled in size.

I think this is where my anxiety set in. I was always raised to be respectful, not to be loud, and no to stand out (as if my skin color hadn’t already caused me to do so).  I wasn’t a joiner, and I spent Wednesday and Thursday nights at my best friend’s house so that I could easily commute go to dance and Catechism classes.

I’m lucky to say that I never experienced any major traumatic incidents regarding race while living there. But I do feel like being raised in a predominately white town, around people who all looked very different than me (doctors, teachers, store clerks, friends)–I was robbed of something:  the ability to feel comfortable in my own skin during those formative years of my life.  In fact, when I was little, the only time I saw other black people were if they were related (and that wasn’t often because our closest relatives lived an hour away), so if we would be out in town and I’d see other black people, I would get excited, point and exclaim to my mom “Look black person!  Is that our cousin?”  If a black student came to the school, they were almost always a foster child, who would stay for a few months and then disappear. 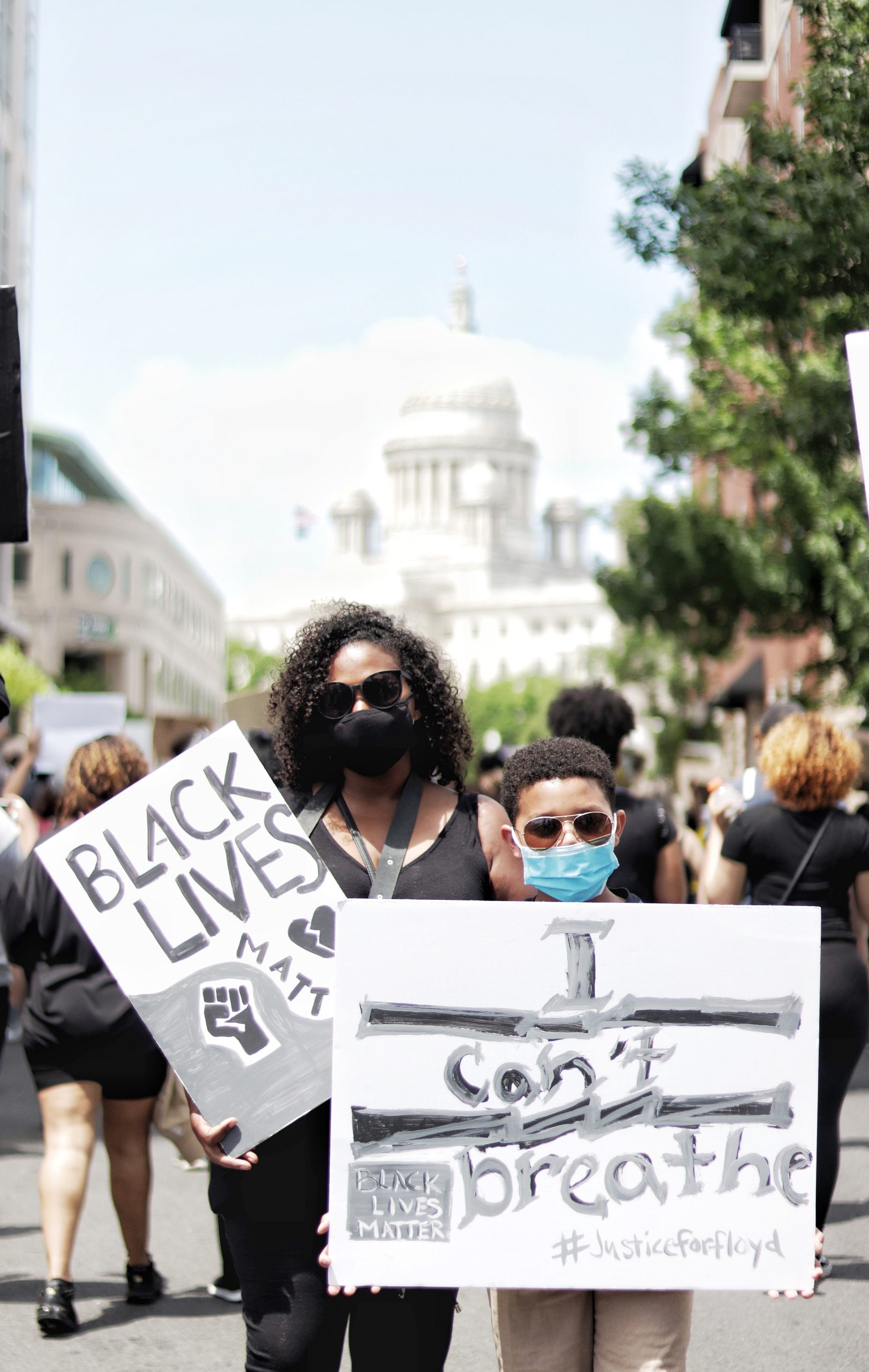 You see, I’m not comfortable sharing how I feel publicly because I’ve learned to brush these experiences off.  This a black person’s reality no matter where they grew up, and it gets old and we are tired!

In our home, we haven these conversations on a daily basis–not just when racist acts of any kind hit the news-we live this every single day in some form or another.  This is why it was so important for me to stand yesterday with my family and my community, and it was beautiful, and peaceful, and empowering to see my community come together as they did.  I don’t want my children to feel that they don’t have a voice outside of our household. I’ve sat with my son Cayden over the past week, I showed him the Amy Cooper video, and I sat with him and watched the video of George Floyd’s murder. We had a conversation.  I asked him questions like how watching the videos made him feel, and if he thought the situations could have been handled differently. 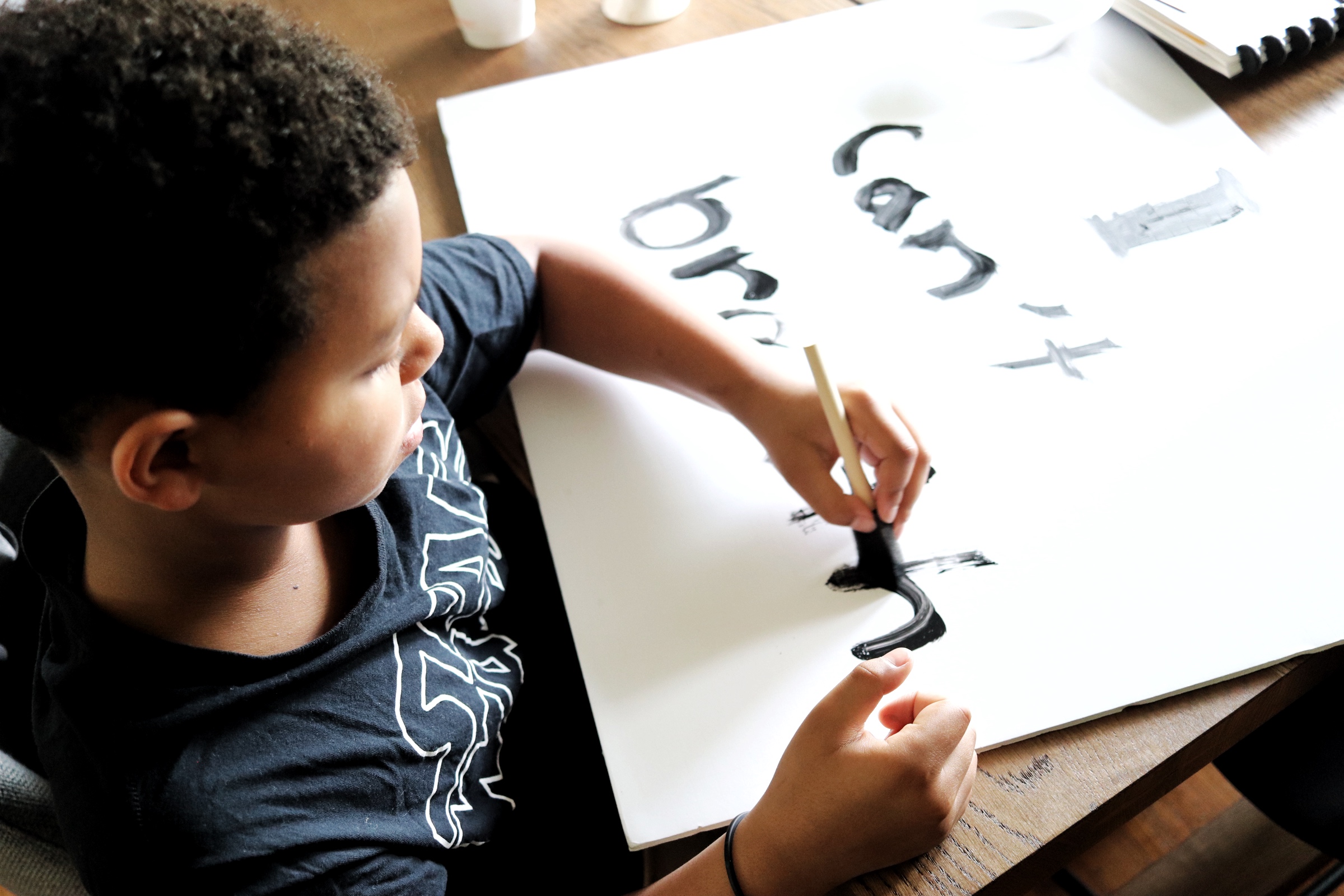 When I saw that there was going to be a protest in our city I asked him if he would be interested in going. I let him make his own sign and choose what it said. My goal was to provide him with the information, but allow him to make his own decisions.

I don’t want my kids to be like me—I want them to have that fire in their bellies, to stand up against injustices, and to not walk around on eggshells or with blinders on. And the only way that can happen is for me to lead by example.

There’s this sociophysological phenomenon in Psychology called diffusion of responsibility, whereby a person is less likely to take responsibility for action or inaction when other bystanders or witnesses are present. Considered a form of attribution, the individual assumes that others either are responsible for taking action or have already done so. 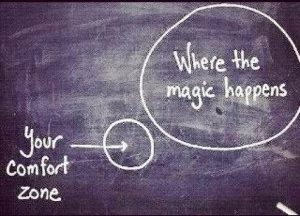 When you see other people standing up and feeling like your little protest, or your little post isn’t going to make a difference–this is a form of diffusing responsibility.  Someone else can act, why should I?   I know this, because I’m, guilty of this myself, just two weeks ago, I had this conversation with one of my friends, “why do we have to keep on stating the obvious (on social), nobody wants to hear this, I said,” and maybe I was right, but I’ve quickly come to the realization, that people NEED to hear it, however uncomfortable it may make them feel. 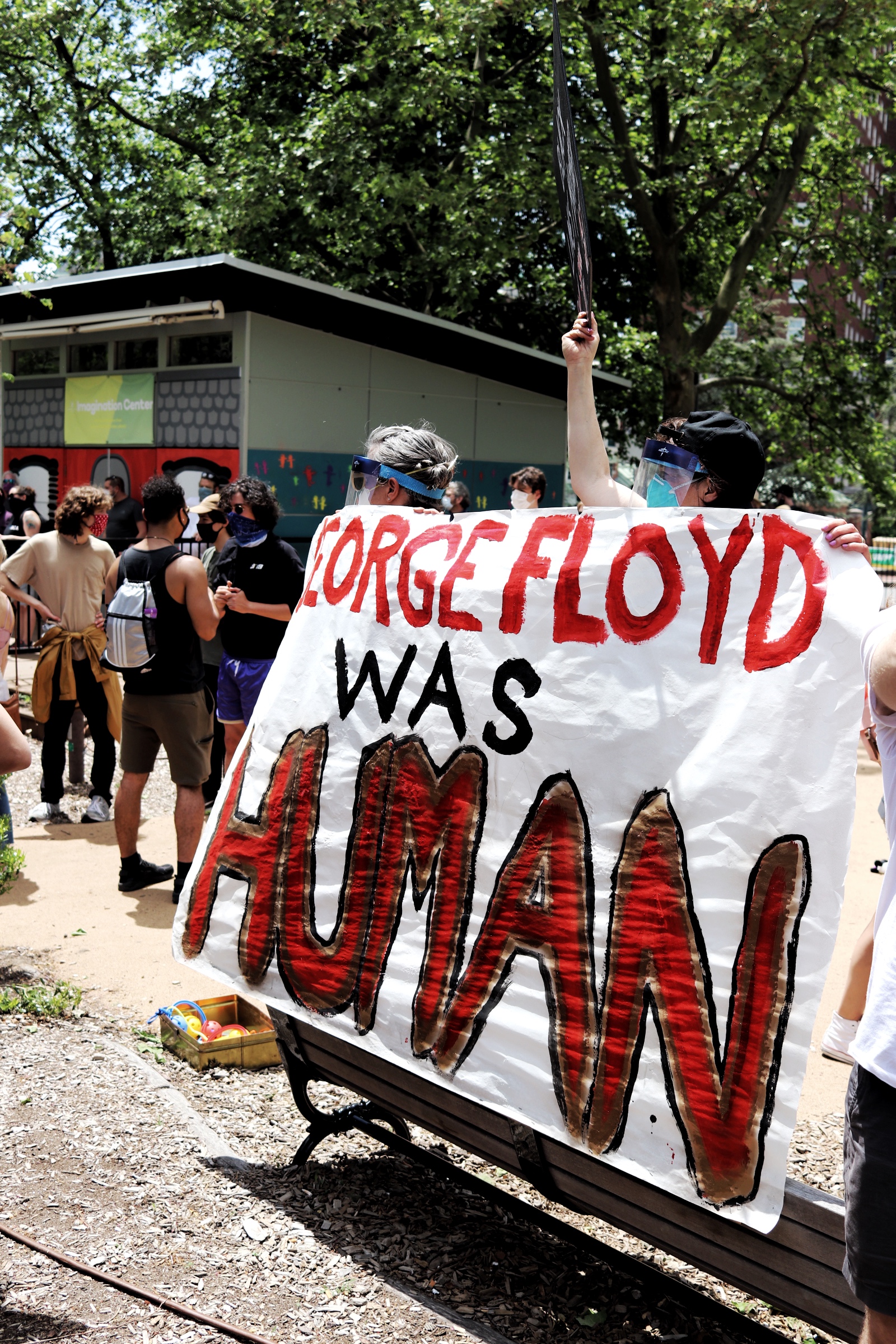 There are so many people who are feeling useless, or maybe just don’t know what to say, especially in a time where people tend to hang on to your every last word.   But, if this is the case, maybe it’s because you have emotions that you need to unpack.  What does your relationship with race look like?  There’s a lot of work that needs to be done in our country, but the work starts with you!

Here are a few resources that can help you:

How you can help financially: