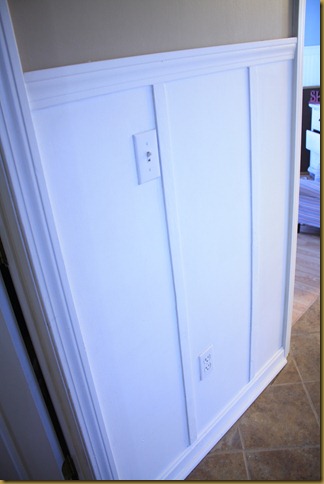 Hi Everyone!  Excuse my 2 week hiatus . . . school started back and I’ve been super busy at work with some upcoming events.  But I’m here today to share with you my very first major project of 2012.  It involves some demo—Taking down the hallway board and batten.  I know, when almost the entire blog world has been installing  board and batten wall treatments, I’m the crazy one taking it down. 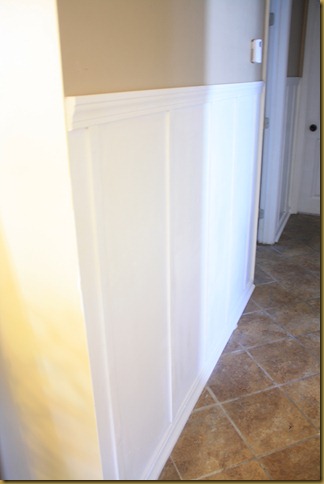 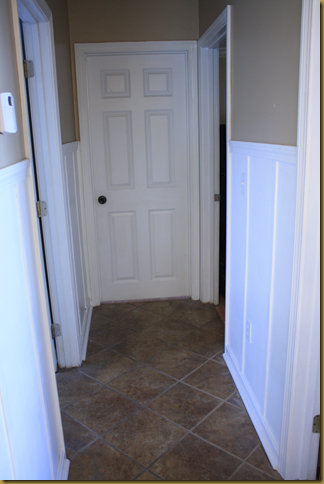 This project was certainly not on my to do list quite yet . . . but I began complaining to my hubby today about how I didn’t really like how the battens looked, and how I would like to re-do them because they were really rough and some were crooked. I used wooden lattice strips for the battens, which needed to be sanded down quite a bit, some of them were crooked and many of them just weren’t sanded down enough. 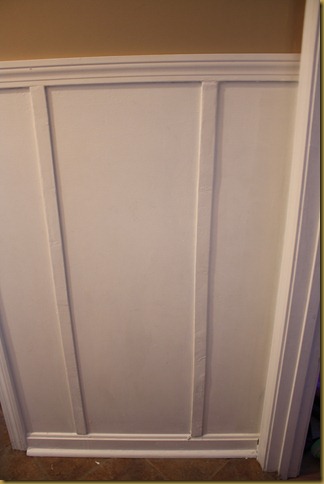 I was concerned however, that if I removed them, my wall would come down with it because I know I used more finish nails and liquid nail than even necessary, but my hubby began picking at one of the battens with a flathead screwdriver and a hammer and before I knew it my walls looked like this: 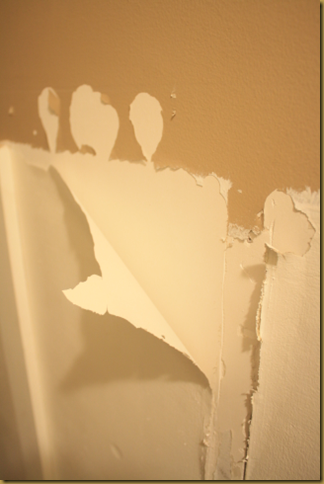 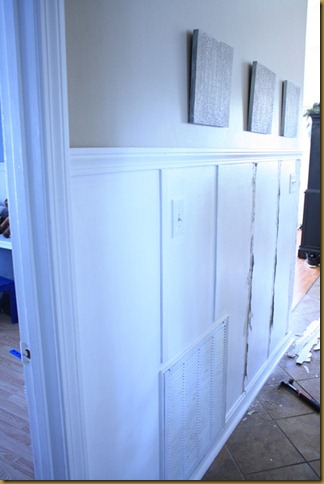 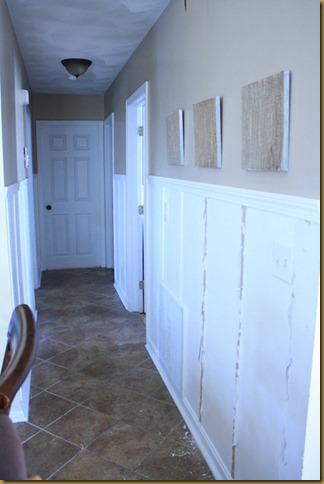 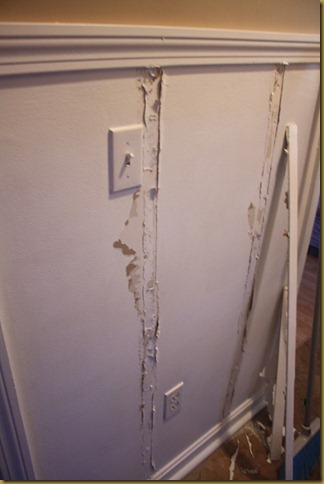 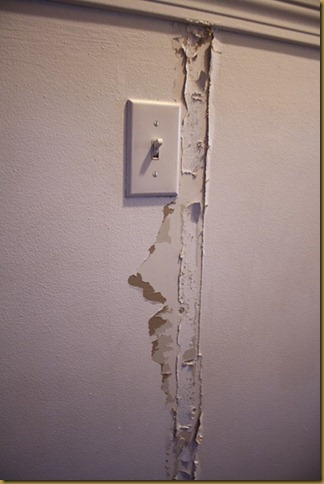 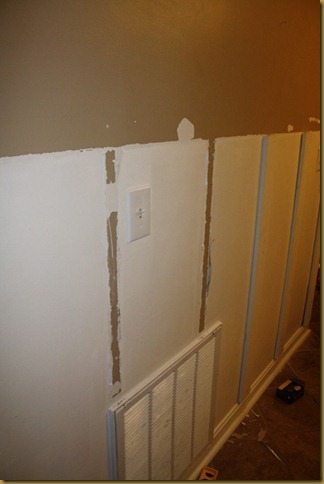 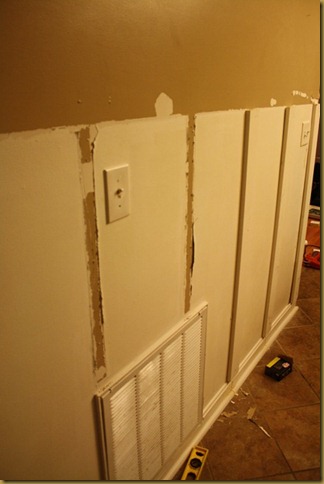 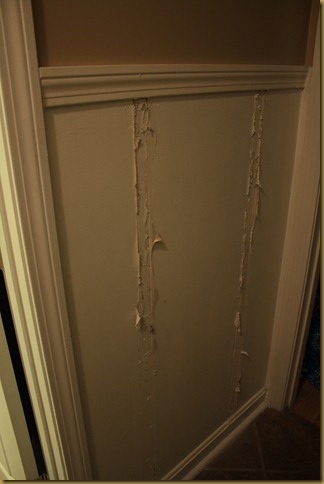 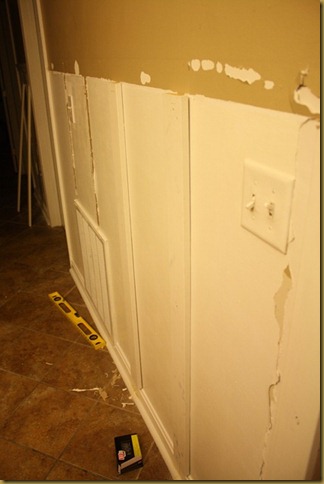 YIKES!!!!! I know! The original board and batten hallway project was actually my first project using a saw and a miter box. So now that I’m an old pro—a whole year later, lol, we decided on an impromptu demolition of the existing B&B to replace it with nicer, thicker battens. I had originally planned to just replace the battens, but then I realized that my new battens were way thicker than the original ones, as well as the top board. 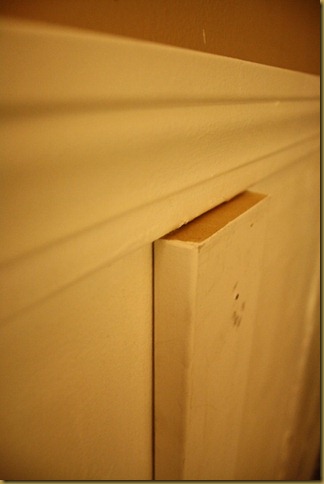 See below:  (the original, thinner batten on left and the new, thicker batten on the right.) 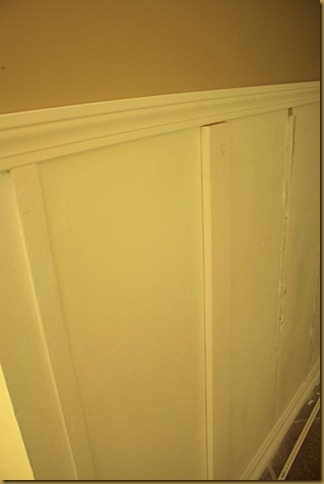 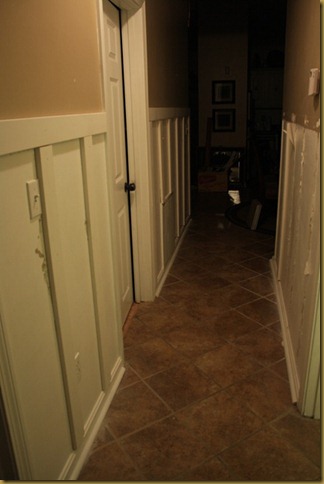 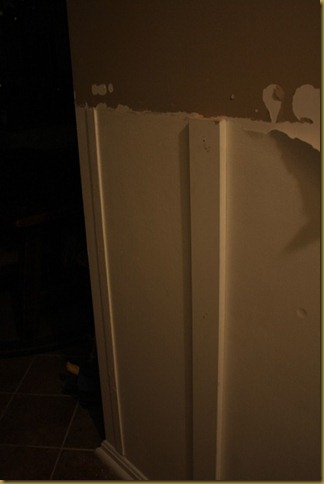 So, since I had my camera handy, I figured I’d do a small tutorial on how to remove board and batten.

My hubby first positioned the flat head screwdriver on either side of the batten and lightly tap it with the hammer to create a small gap/crack. 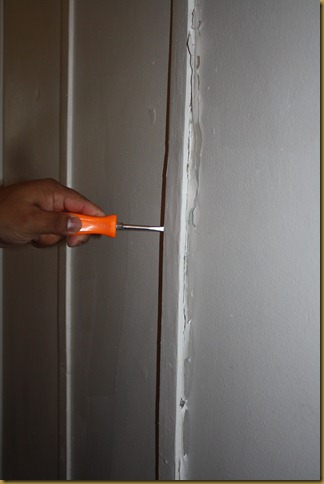 Continue making these small incisions all the way down each side of the batten. 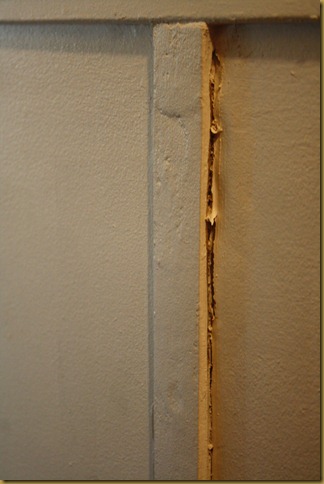 Then lightly score the seam/crease between the wall and the batten all the way down the length of the batten to release the caulking. 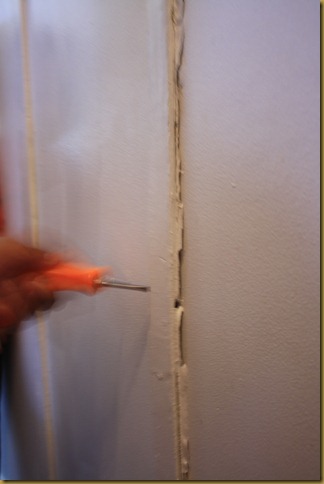 Then carefully ply the batten off of the wall with the backside of the hammer, being cautious not to take any extra paint or drywall with it, if you see parts of the wall releasing, be sure to separate it with your utility knife or flat head screwdriver as neatly as possible. 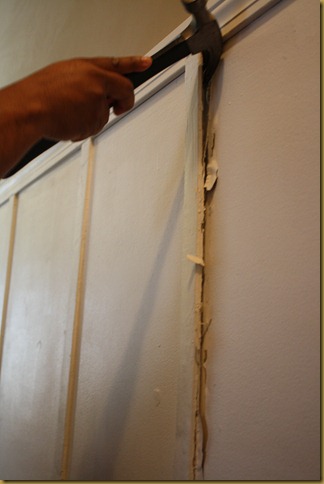 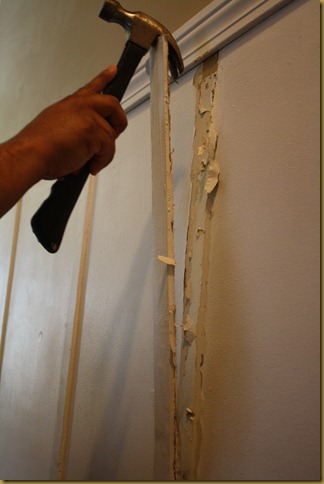 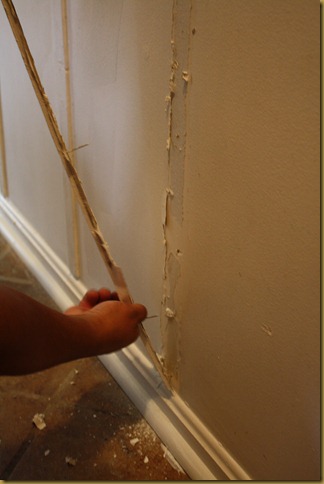 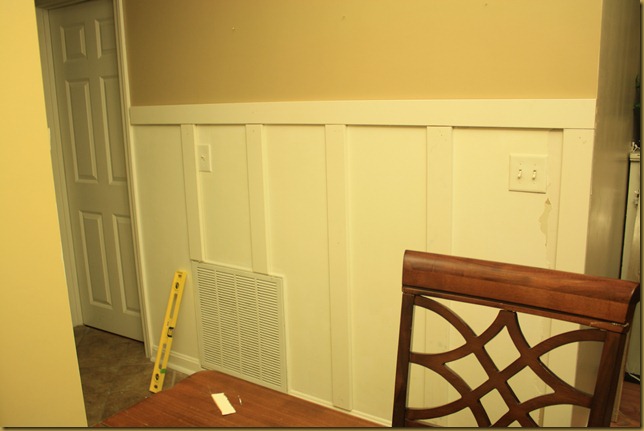 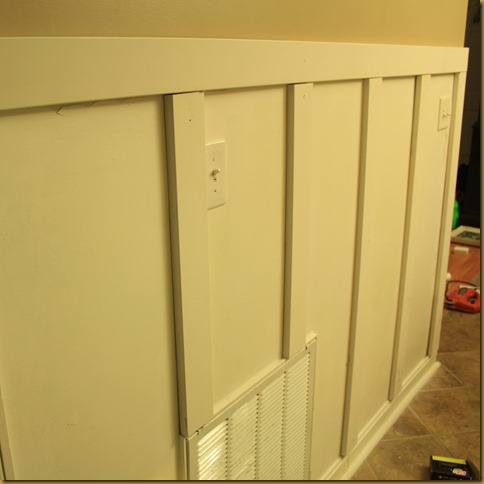 Now that the new battens are in place, my plan is to sand the walls down where the paint peeled up and touch up the paint.

So not bad for day one, I’ll be back to show you the next steps my process.  Have YOU done any demo lately???