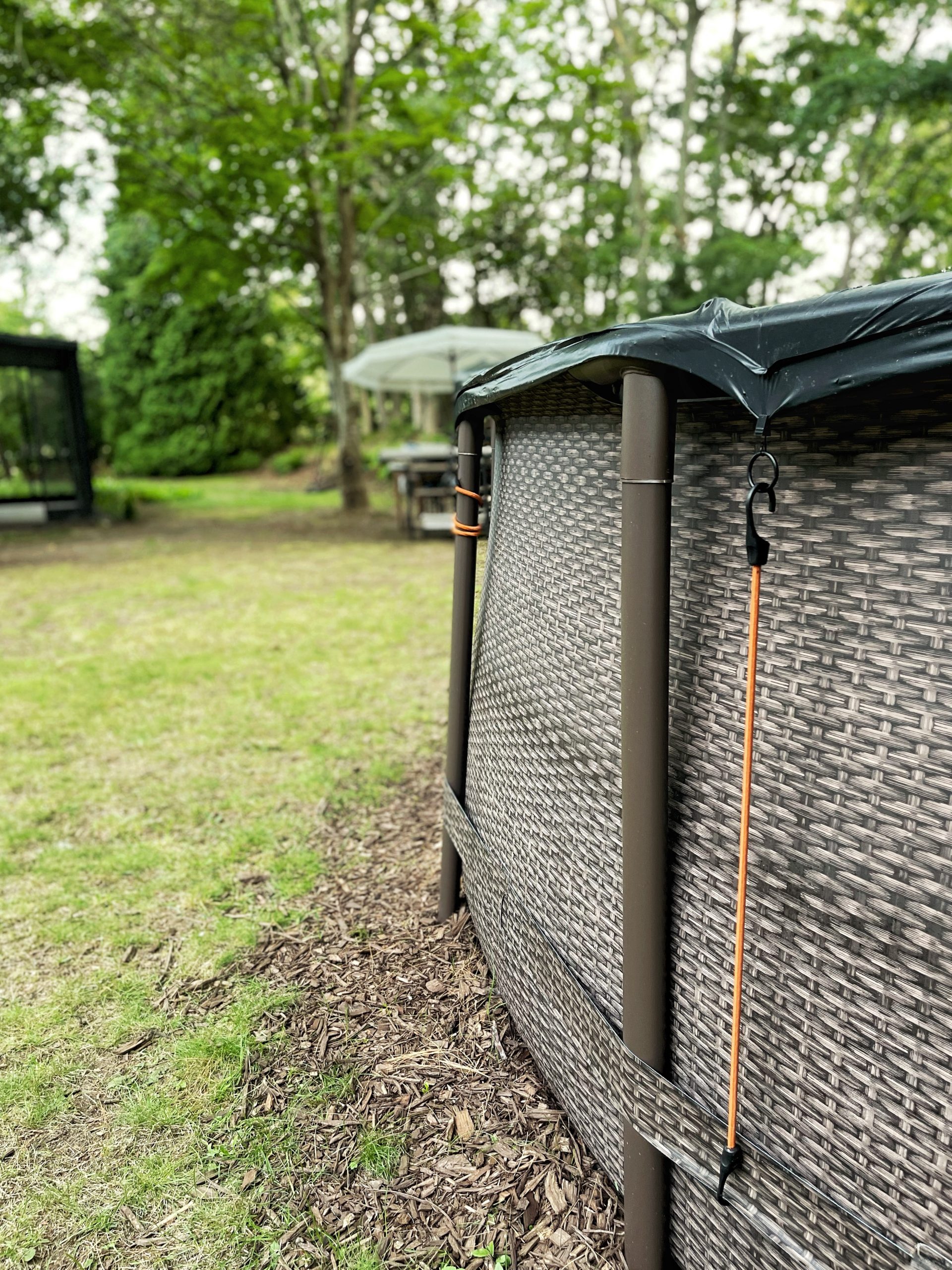 Friends, when I think of design in general, I often think about how much it is routed in problem solving. And the older I get, the more I believe that problem solving is like my super power or something, lol, at least that’s how I felt this past week when I came up with the most clever and inexpensive pool cover hack to keep an above ground pool cover on, (and prior to that, when I decided to give my ailing Fiddle Leaf Fig, Stella, faux leaf extensions-more on that in a later post) 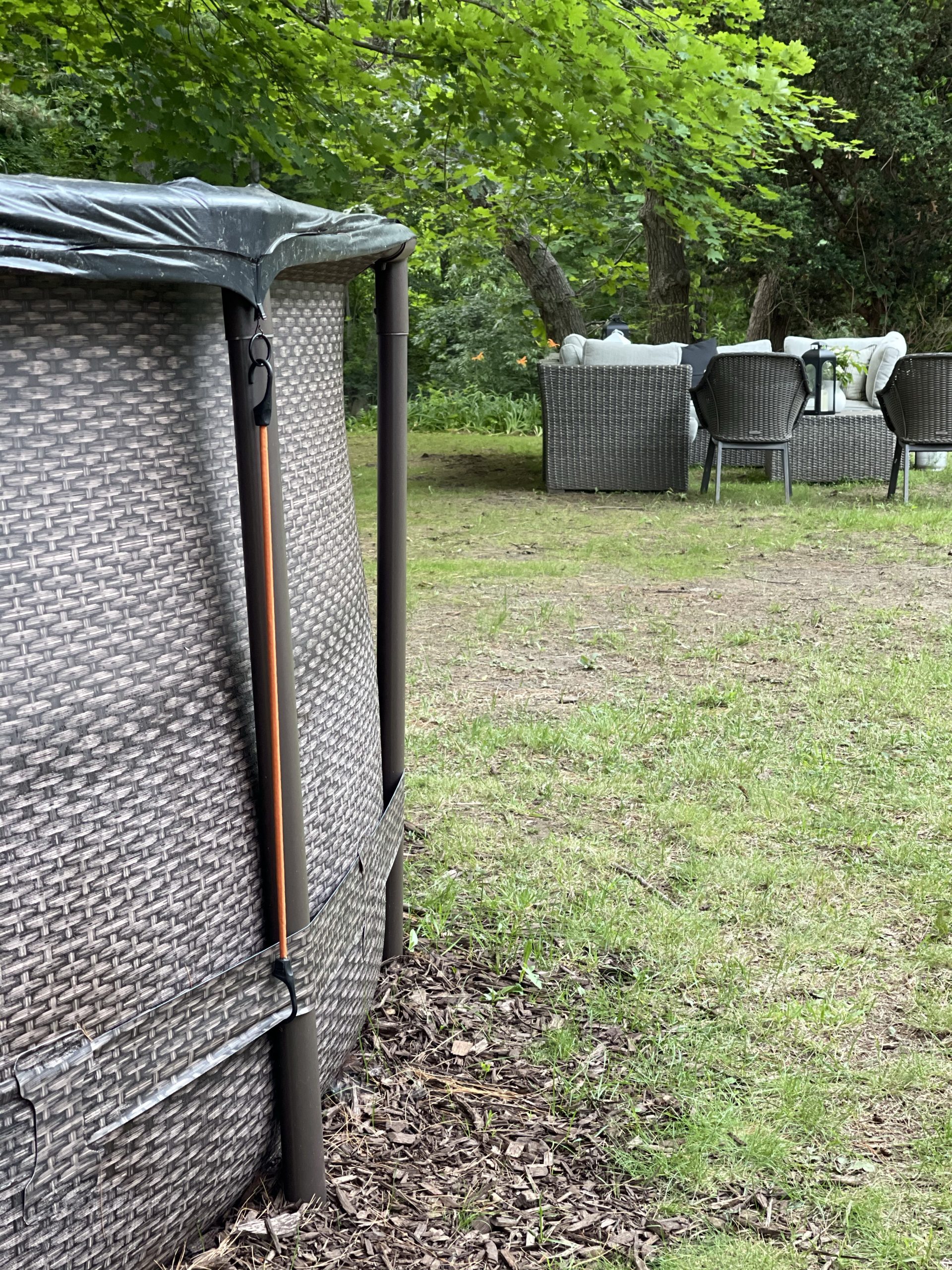 Anyway, we decided on an above ground pool for this summer because we were able to get a great deal at Walmart (in store, online the price is much higher), I felt even better about the deal when I realized it came with the cover and ladder included—for some reason, a lot of them don’t, smh.

Well once we finally got our pool filled (which literally took us almost three days, because we didn’t really consider water delivery until we were damn near done filling it up, grrr). We decided to protect our investment and stay in the bait of utilizing cover. This, my friends was not easy feat, as our pool is 18 ft wide, and those covers are just major PIAS. Once we finally got it on, I believe it took 3 of us, it kept falling into the pool, (double grrrr).

I racked my brain for a good few days, and stocked Pinterest for some kind of idea to make it stay on. I did come across this post where a women used plastic pant hangers, but the visual of that in my yard every night didn’t sit right with me.

The next day I headed into Home Depot to look at some Velcro, as one of my awesome followers suggested, but I wanted something more secure, I walked past a bin of bungee cords and had an epiphany—I grabbed 6 at a mere 74¢ each, and ran home.

I was in the process of adding curtains to my son’s room and had purchased some curtain ring clips that I didn’t end up using so here’s what I did. 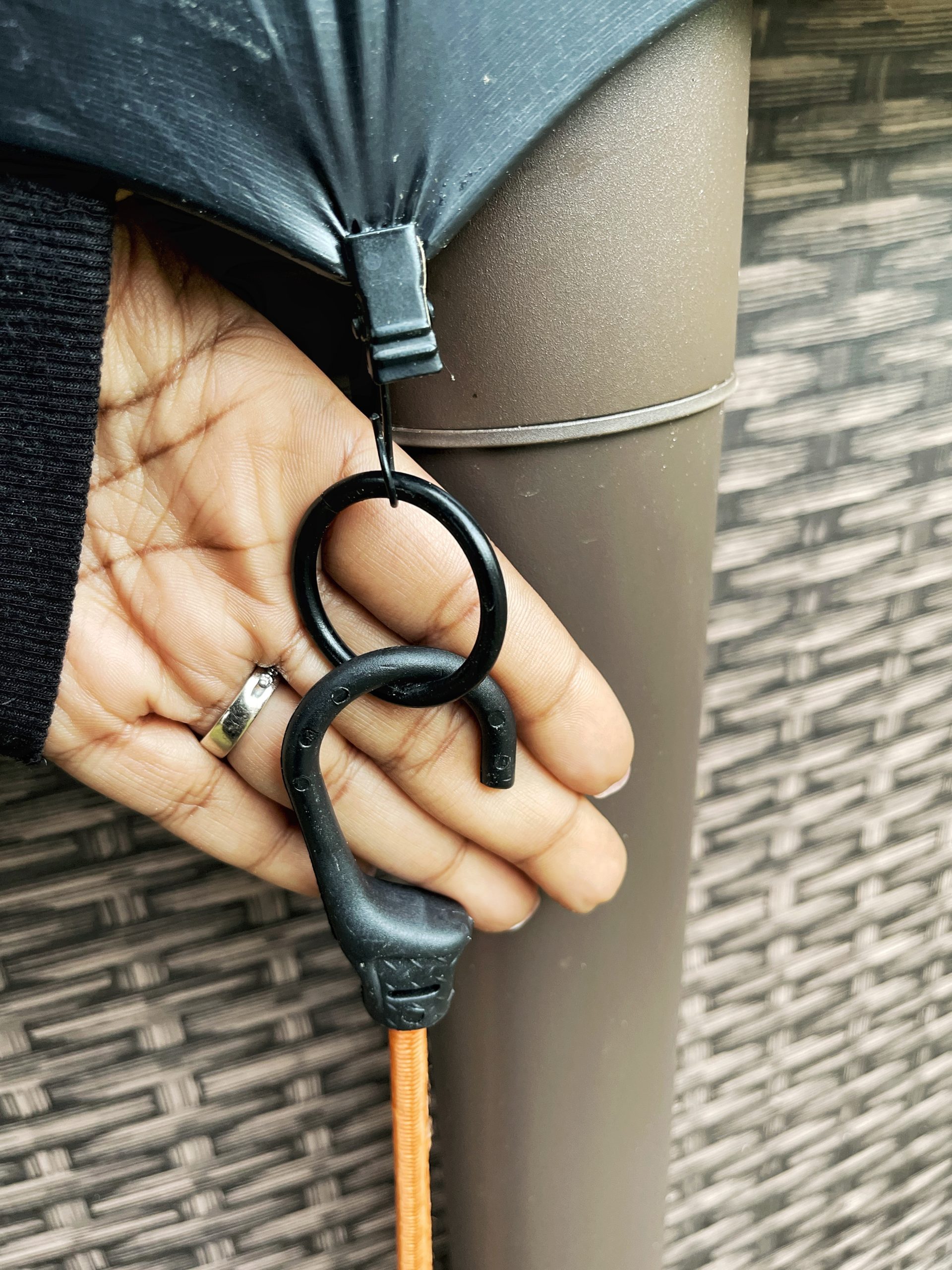 I clipped the curtain clips onto the edge of the cover, mine is a drawer string cover so I made sure the “teeth” of the clip were attached to the string spaced out evenly around the pool, I looped the bungee cord onto the clip and then secured it to the “belt” of the pool,. 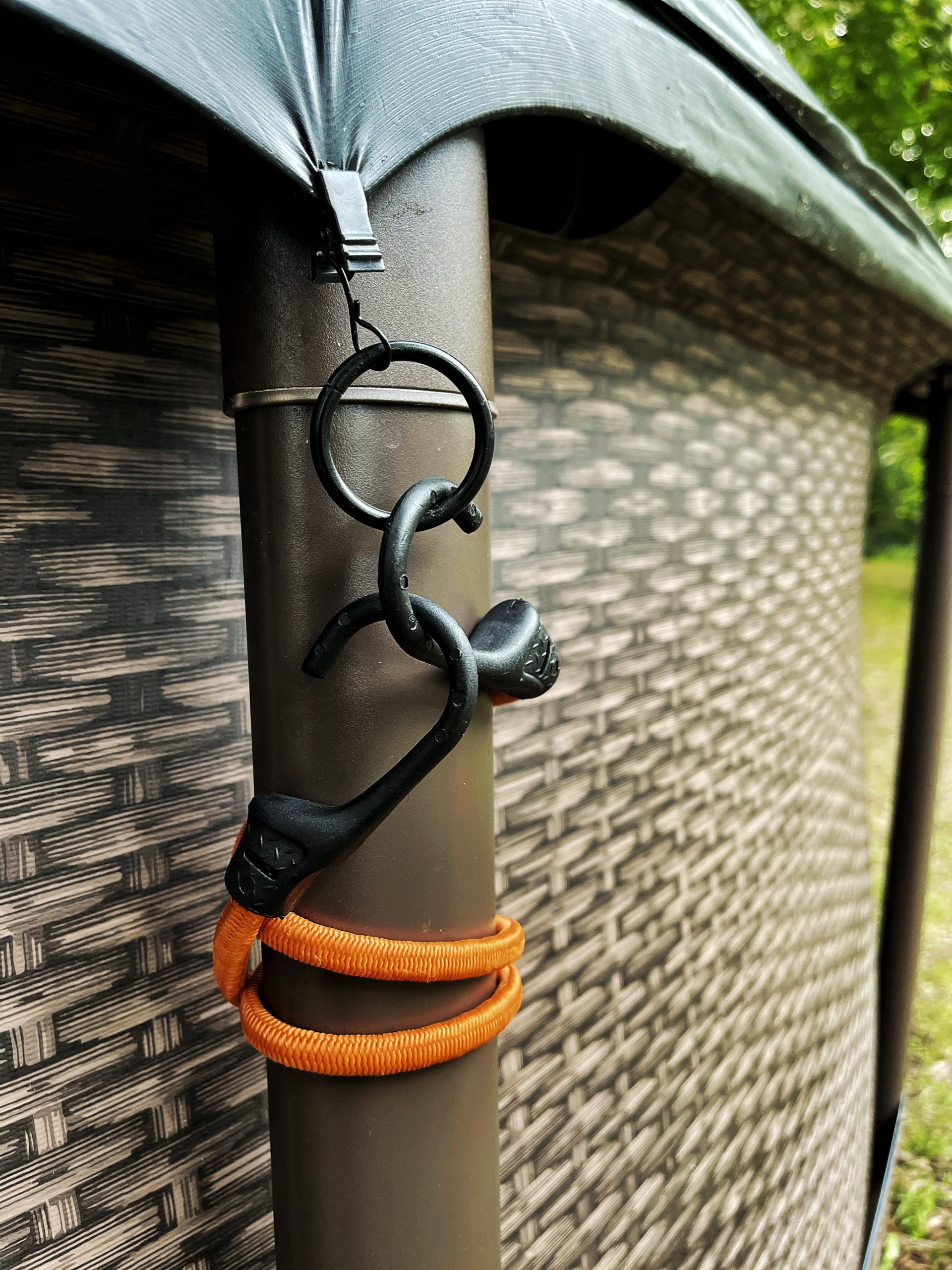 Although my original plan was to wrap the bungee around the “leg” frames of the pool and then fasten the other hook onto itself. I think it works fine either way. 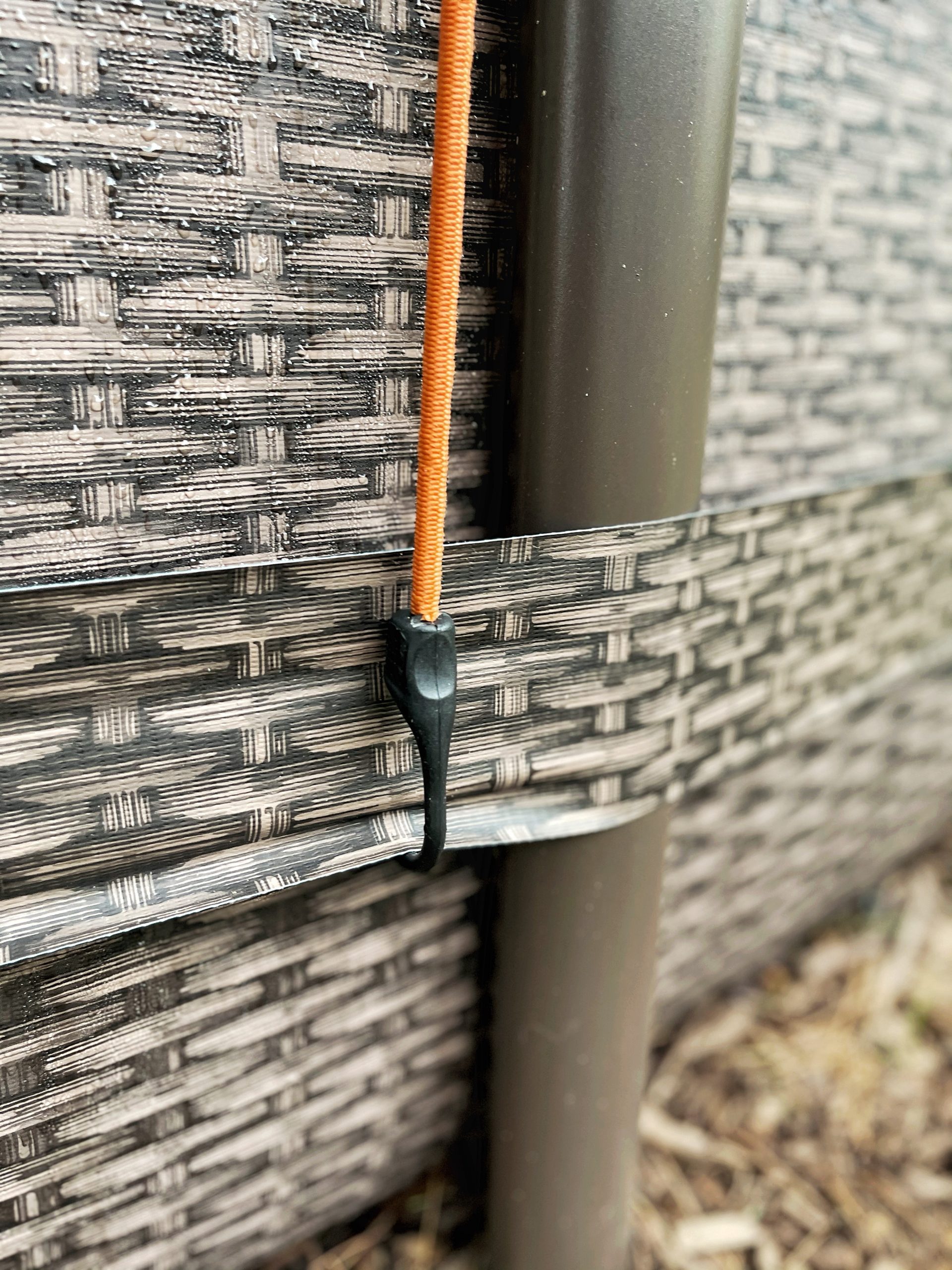 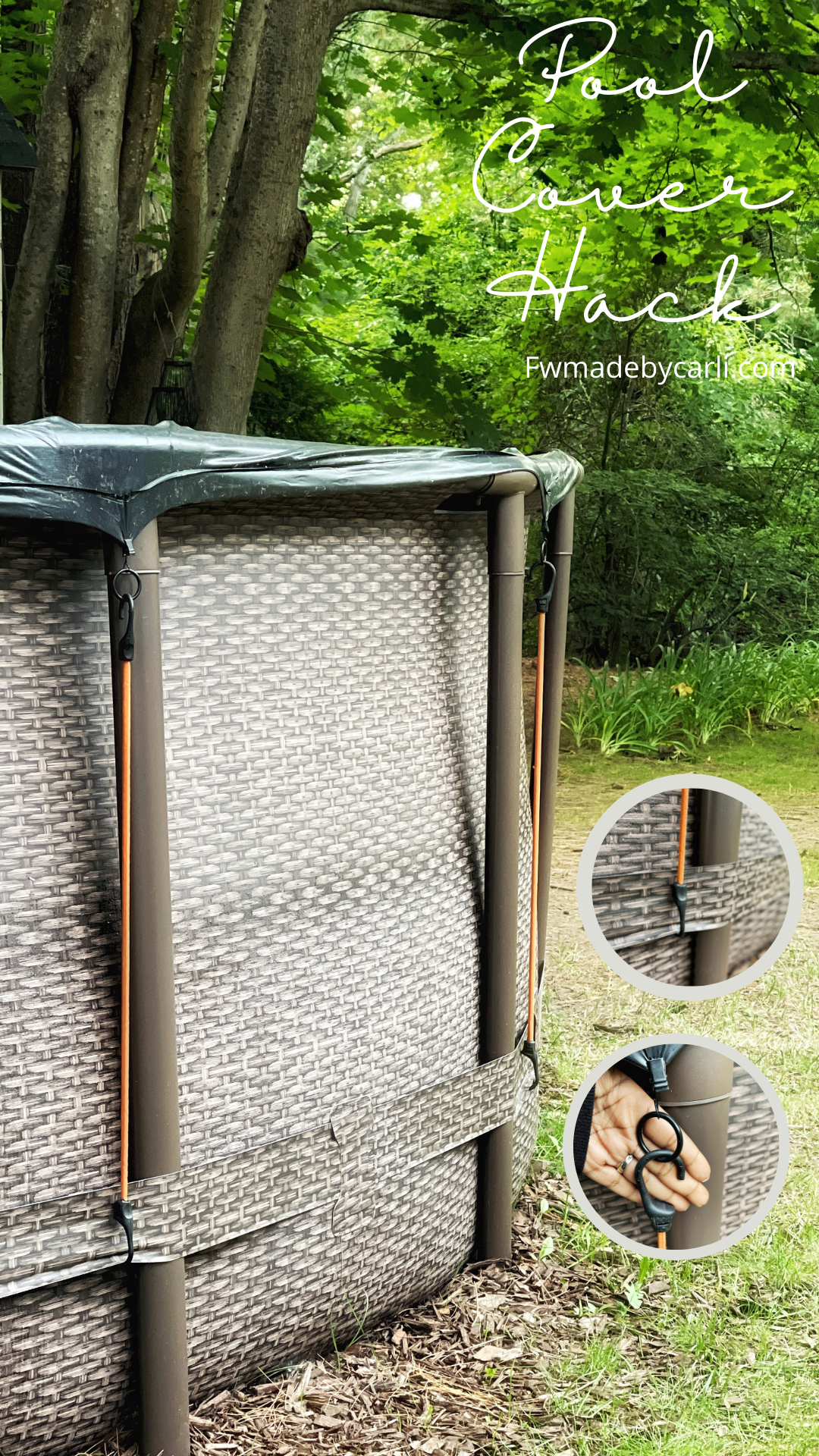