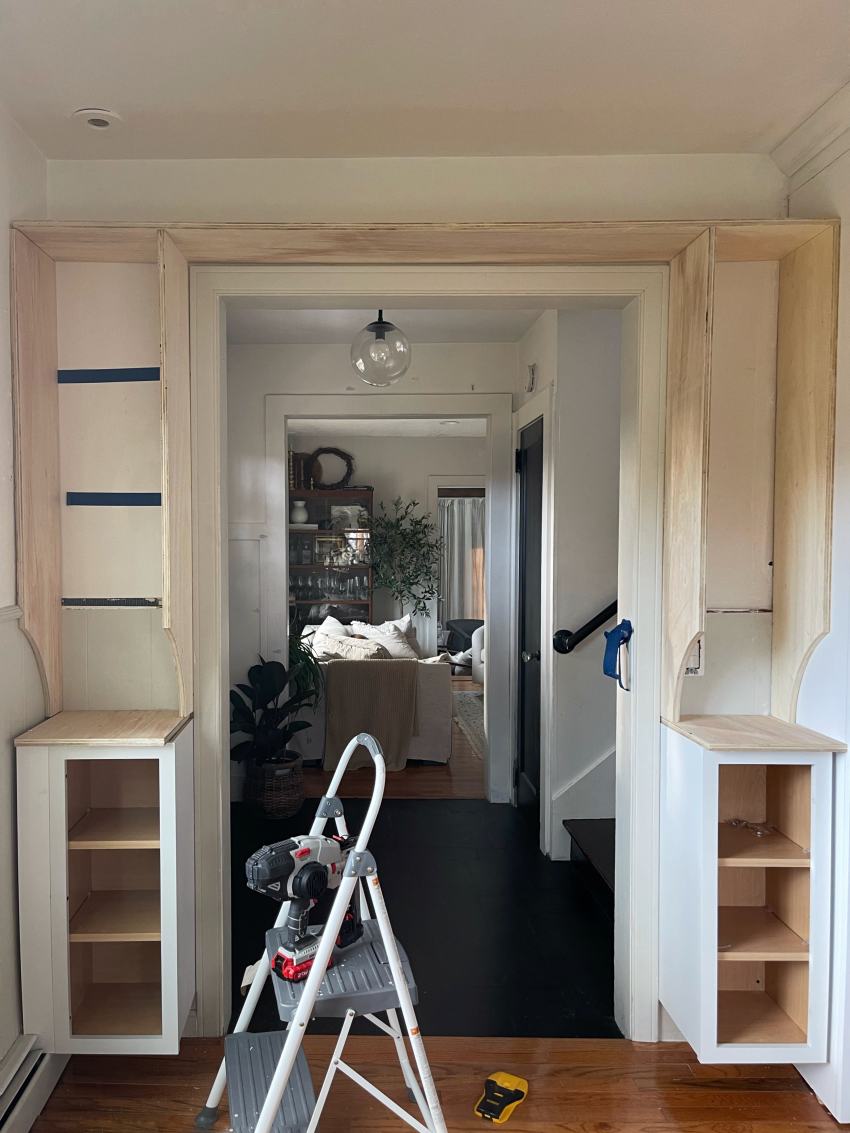 Yesterday I left off by introducing the over-the-doorway kitchen built-in shelves project. Say that 5 times fast! 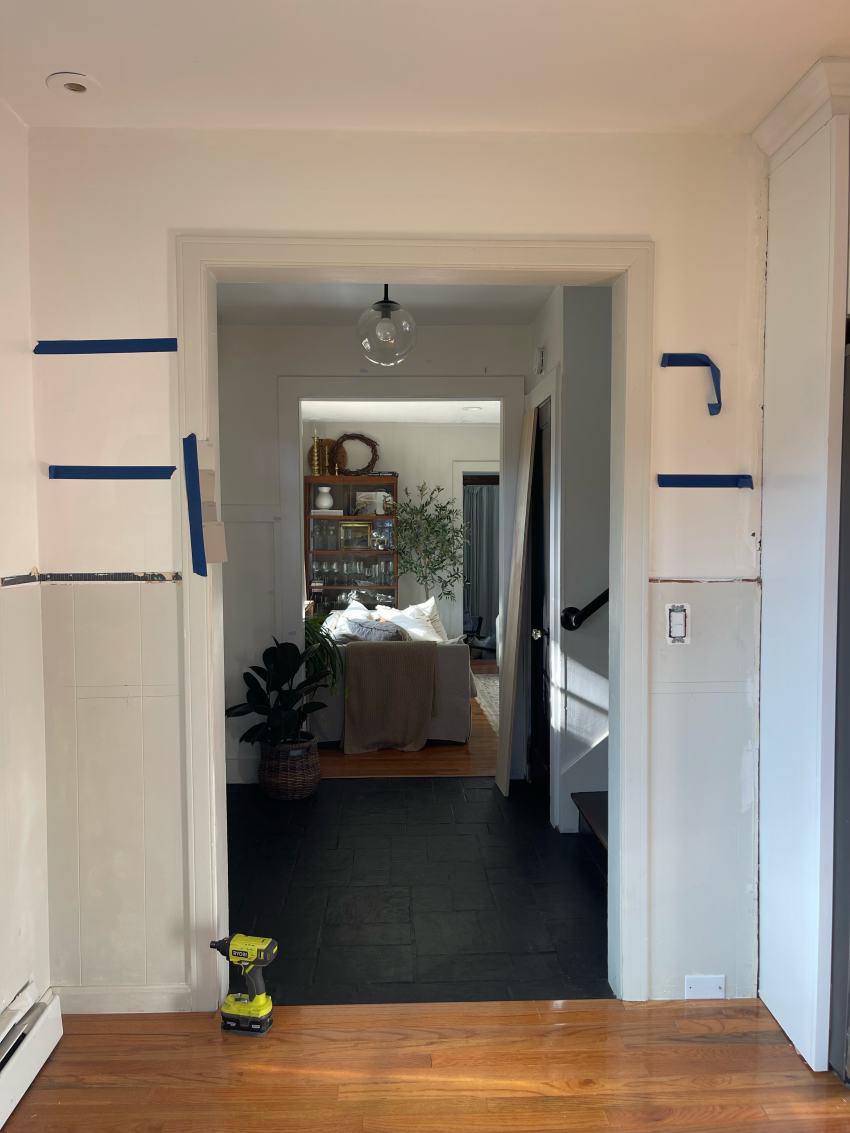 Today I made some really good progress on this project and decided to share before I completely forgot.  So this is basically where I started.  Just two narrow walls surrounding a doorway, but I had an idea to truly maximize the space (see my super quick mock up below): 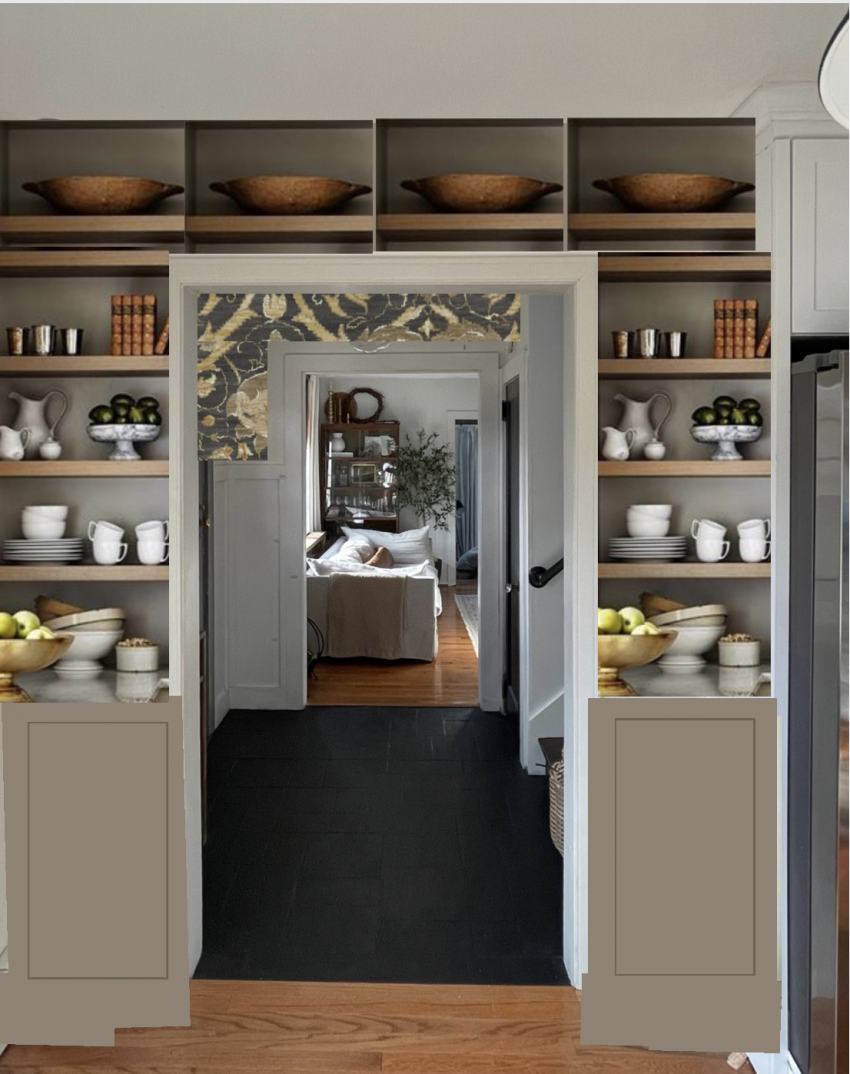 So I started by cutting back the trim above the paneling so that the side of the shelf rested (mostly) flush with the wall, remembering to scour the edge so I could pry it off easily without making a disaster of the paint. 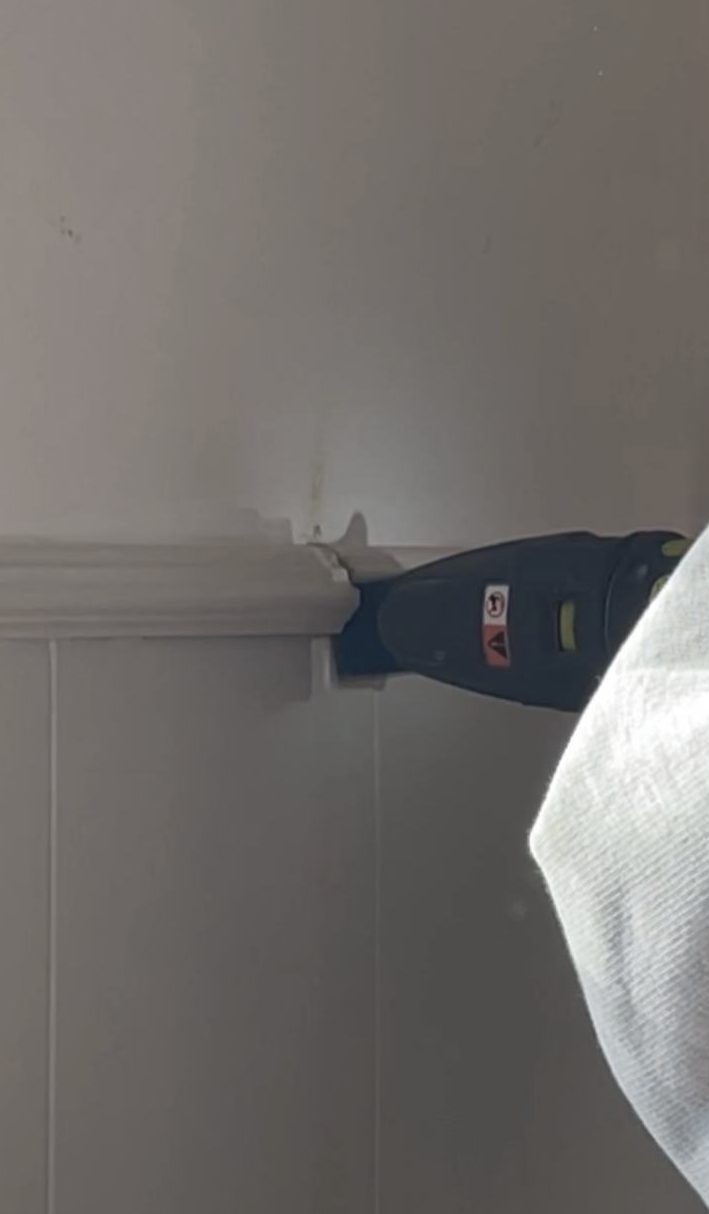 I really wanted to remove the paneling, but I just felt like it would open up a can of worms for a whole other project and the hubs was not having that right now, so I worked with it. 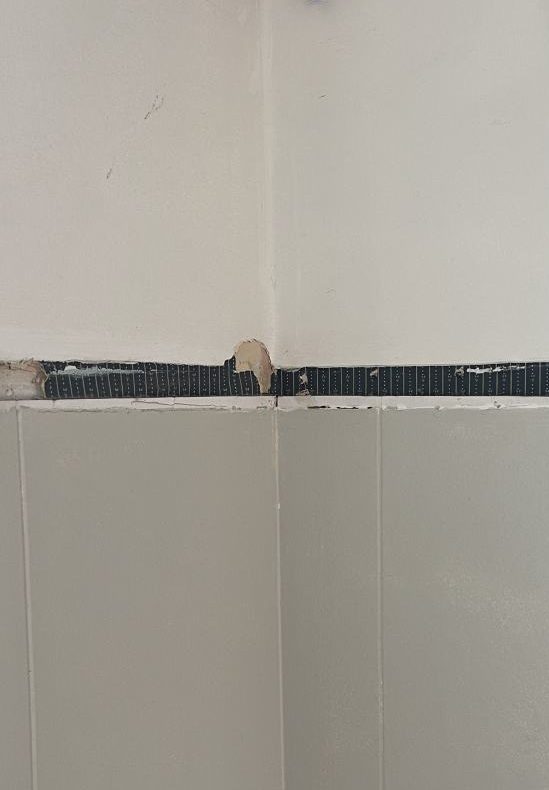 Next, I cut back the top cover of the baseboard heat instead of completely removing it.  I just notched it and bent it down over the coils in hopes that it will redirect the heat toward the opening.  I had a few people ask me on Instagram if I was concerned about permanently covering the heat.  And I’m not too concerned because it’s only a small portion and if something were to happen where the pipes would need to be replaced, it would just be something we’d have to deal with in the future–a risk my hubs and I were willing to take. 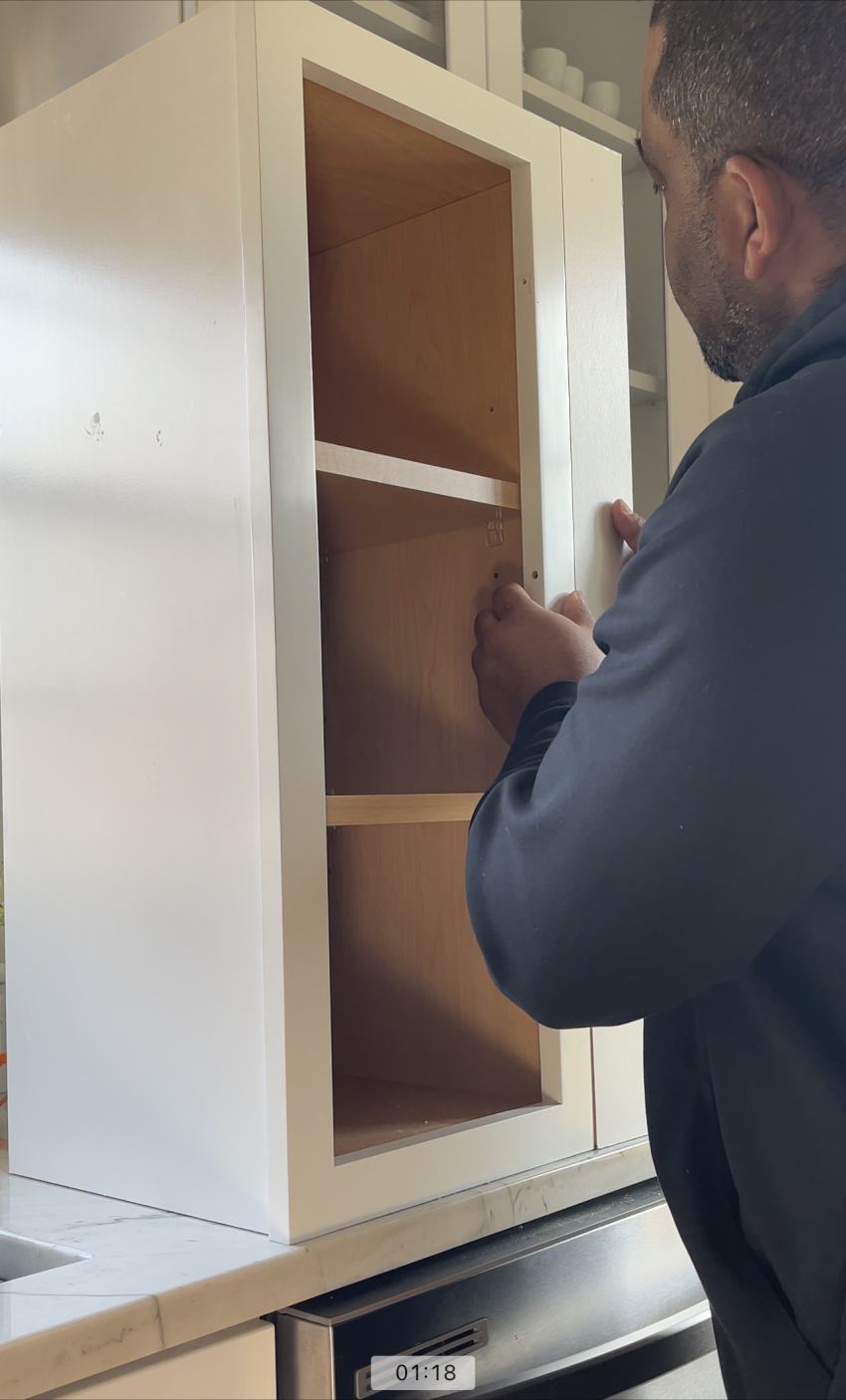 Next, we attached the filler piece to the left cabinet–to be honest, this was the most challenging part of my day today, I don;t know why, but it was a pain—I should have dug out a clamp.  Yesterday I talked about how I had to work around the heat by using a 12″ cabinet instead of a 15″ cabinet to fill the space, so a filler strip was neccessary. 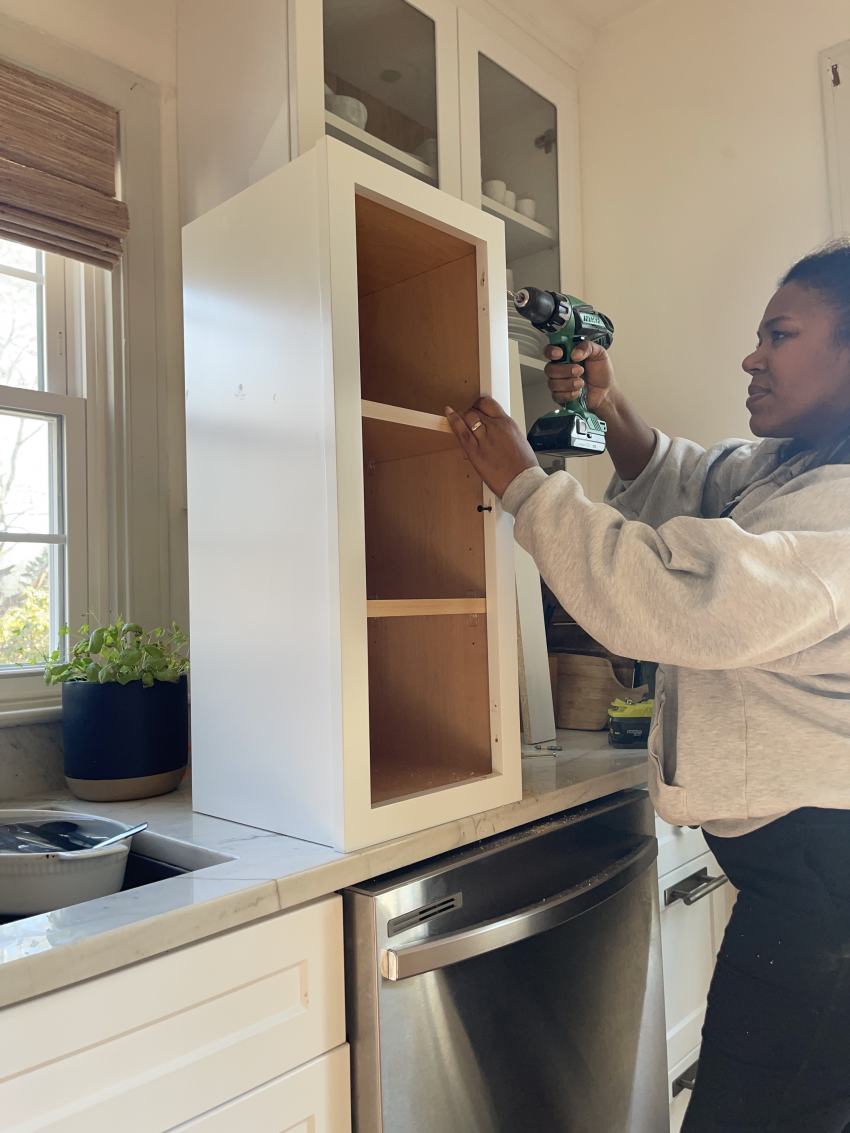 Once that was done, I brought in my cabinets and installed them with cabinet screws to the studs, I decided on 35 5/8″ for the height including the 3/4″ plywood top, since that’s about the height of my other counters. 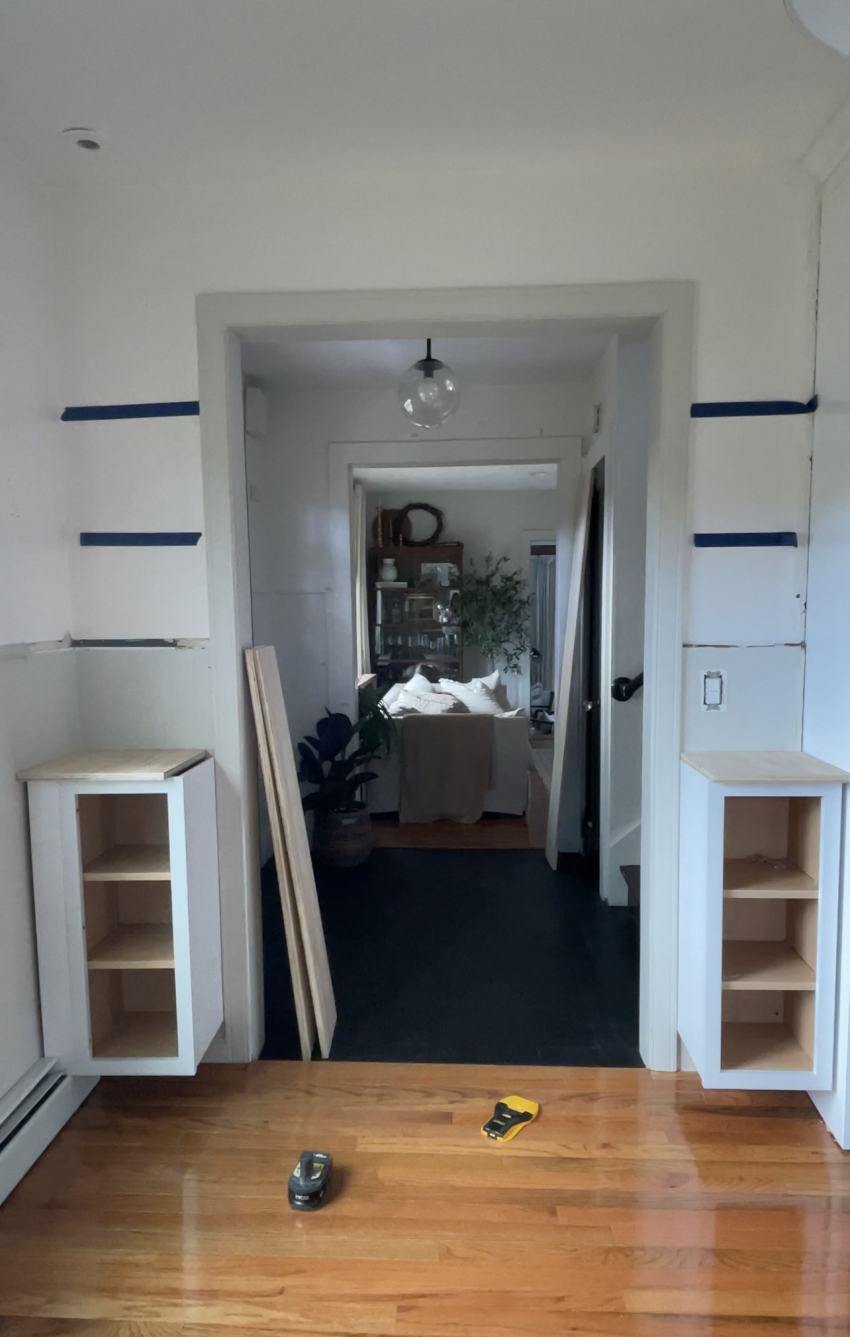 Once that was done, I decided to make one change to the original plan. I happened to find this image on Pinterest, and I couldn’t help but think that this style shelf would look amazing on my built-ins, as they’d mimic the curve of the corbels on our rangehood, making everything a bit more cohesive. 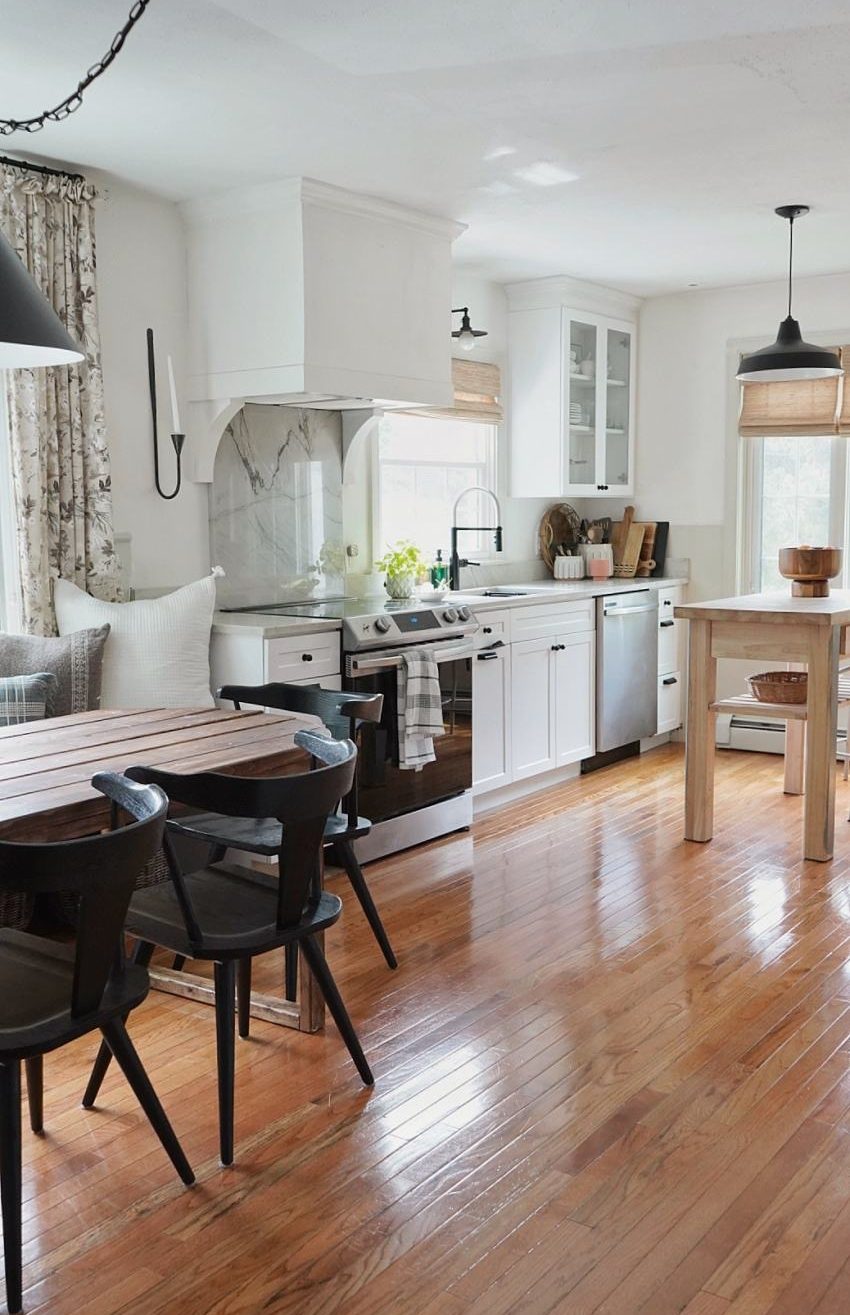 So I went ahead and traced our range hood corbels onto a cereal box, and transferred the pattern onto the shelf sides. 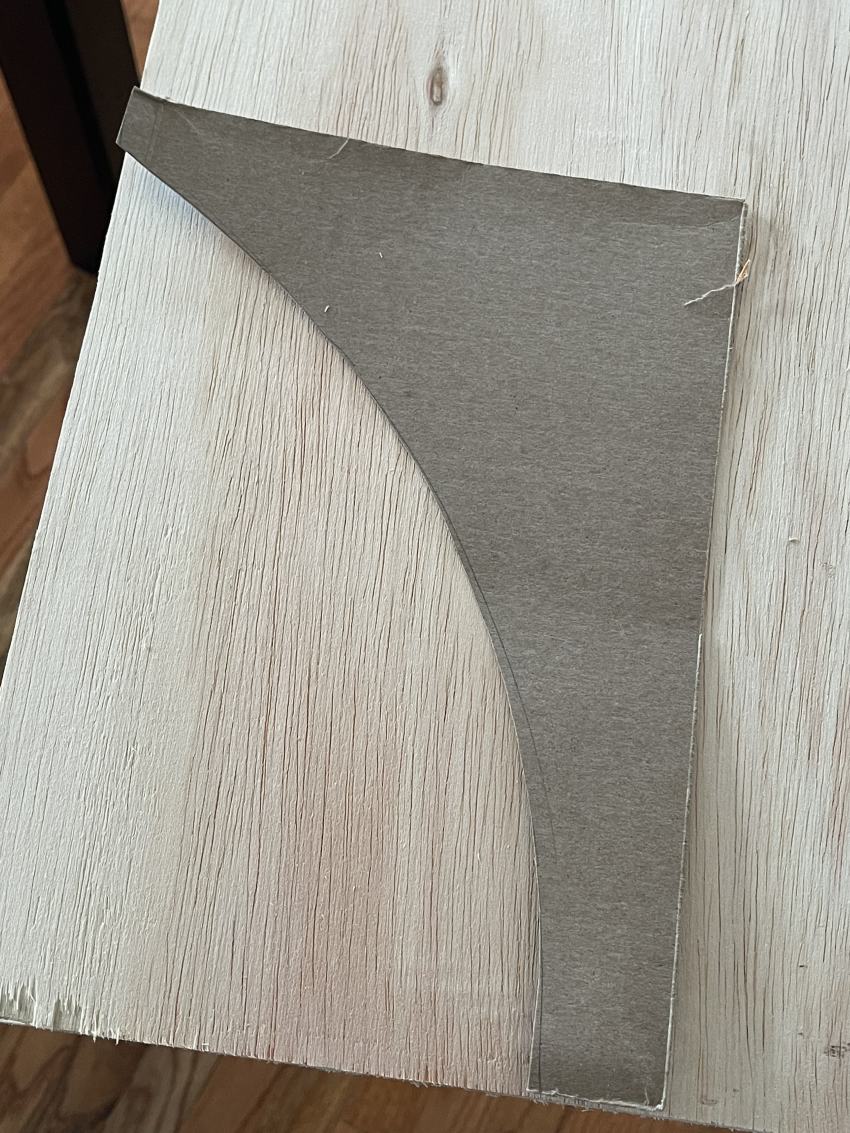 I used my jig saw to carefully cut all 4 boards, and then sanded the edges smooth, these are made of 3/4″ plywood cut to size. 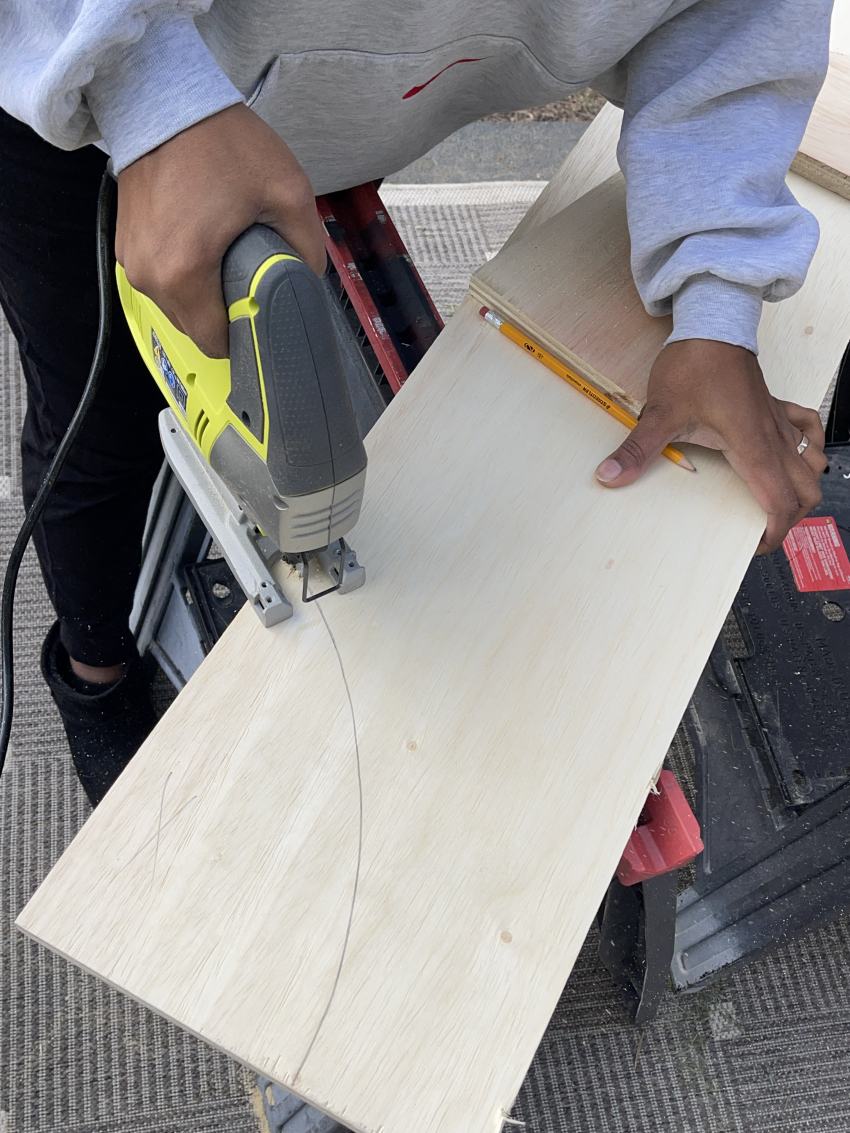 Next, I  used brad nails and attached the side shelves to the sides of the door trim, as well as to the adjacent walls, but I plan to secure them later with screws and a center brace (more on that later). 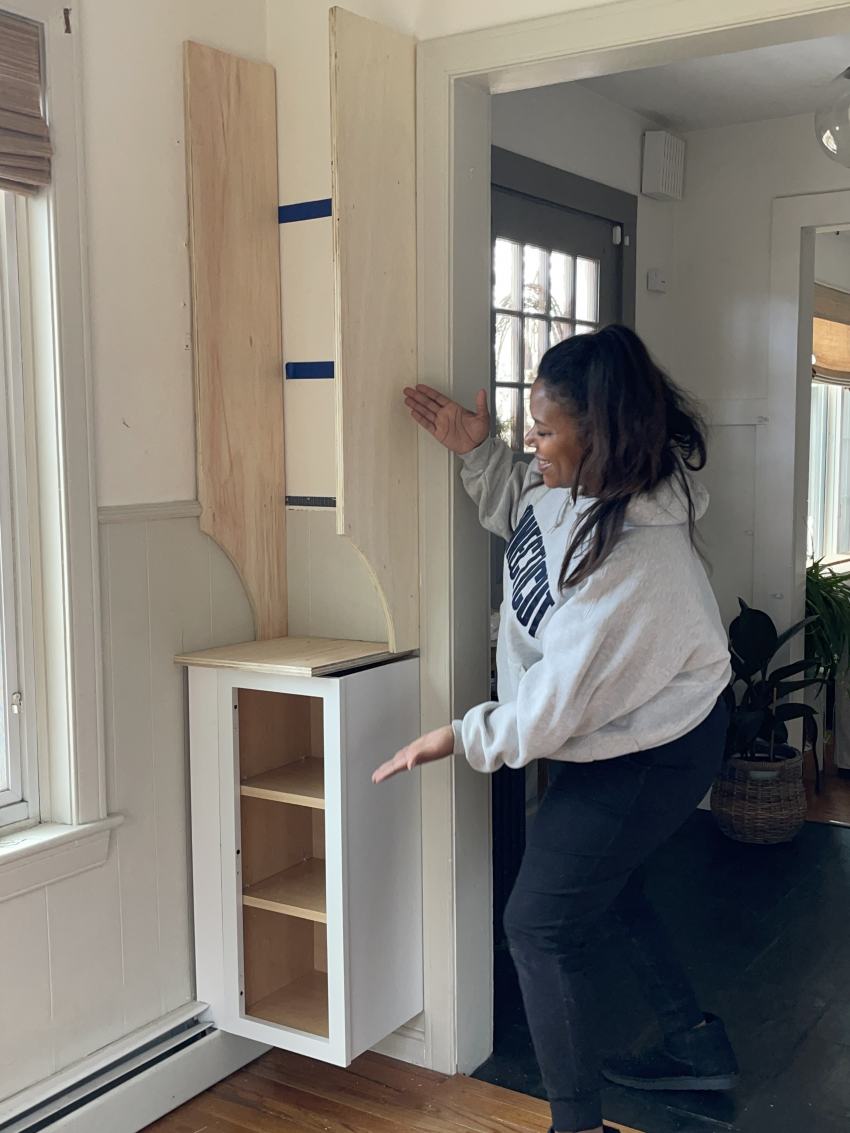 I’m really excited about the direction in which this is headed, and I’m really happy that I decided to cut corbel edges.  I have a few more decisions to make before I move forward, like what colors I want to paint/stain, what I want to do for under the cabinets, ie . . . kicker boards or cabinet feet.

I know so many people were scratching their heads when I shared this idea the other day, but I’m excited to see my vision come to life. I’ll be back later tomorrow to share part 3 of this project.  What do you think of it so far?